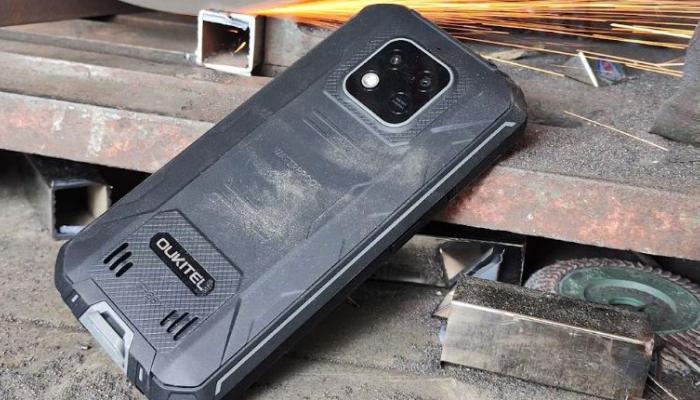 Okitel has launched its new heavy-duty smartphone WP18, priced at $100.

The Chinese company explained that its new WP18 smartphone meets the requirements of protection classes IP68, IP69K and MIL-STD-810G, which means its ability to resist water and dust damage.

The ability to expand internal memory.

Inside the phone beats the MediaTek Helio A22 processor with 4 GB of random access memory, while the internal memory capacity is 32 GB, with expansion capacity, at least if two SIM cards are not used.

The battery capacity is 12,500 mAh, which allows the smartphone to work for up to 5 days, while the charging process can be carried out at a capacity of 18 watts.

The smartphone is equipped with a 13-megapixel main camera and a 5-megapixel front camera.

Many companies produce heavy-duty phones, such as the “Ulefone” company recently launched its dedicated heavy-duty Power Armor 14 Pro smartphone at a price of $400.

The Chinese company explained that the new Power Armor 14 Pro smartphone is resistant to water and dust according to protection classes IP68, IP69K and MIL-STD-810G.

The device is based on the Helio G85 processor with 6 GB of RAM and 128 GB of internal memory. The screen size is 6.52 inches with a resolution of 1700 x 720 pixels, and the phone supports dual SIM card feature and runs Android 12 OS.

The Chinese company explained that its new Bison GT2 smartphone meets IP68 and IP69K protection classes, and then the device withstands a fall from a height of up to 1.8 meters without causing damage.

The company stated that the new version of the phone starts at $300.

The new phones are powered by the Dimensity 900 processor, with 8GB of RAM. The Bison GT2 is equipped with 128 GB of internal memory, while the capacity increases to 256 GB with the GT2 Pro.

The second heatwave in the Peninsula and Balearic Islands, and the first in the Canary Islands, will leave highs of up to 40C from...

Living independently in a greenhouse: when lemons bloom in Sweden