A new revolution in France 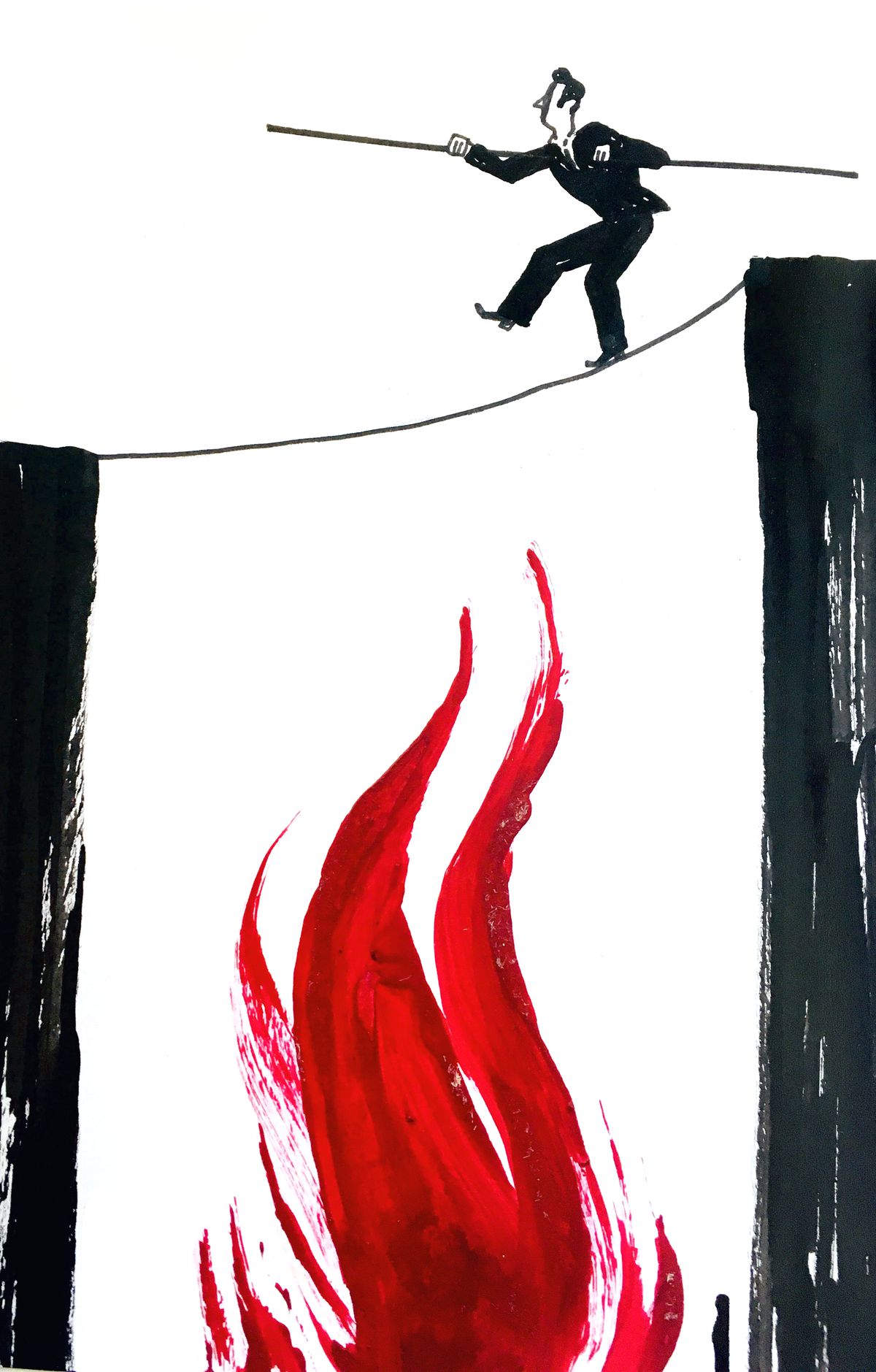 French politics has changed face this weekend. The parliamentary elections divided the country into three different blocs: the presidential bloc, which failed to achieve an absolute majority; the left coalition, which has grown, and the extreme right, which has achieved a historic result, with ten times more MPs than in 2017, from 8 to 89.

France has transitioned from a presidential regime to a parliamentary regime. It’s an institutional crisis. Emmanuel Macron and his government will no longer be able to do anything without alliances; they will have to forge pacts with 44 MPs to govern. This is a completely unprecedented situation: Macron, who has so far managed power vertically, must compromise and negotiate with other political forces, or France will become ungovernable.

In 2017, Macron wanted to embody the man of destiny, the new man. He promised that during his five-year tenure, extremes would disappear. He strove to abolish the division between right and left in Parliament. The newly elected president wanted to build as broad a center as possible to bring people together “from the right and the left” in a project to eliminate the extremes. Like a tightrope walker, he advanced with one foot on the liberal right and the other on the social left. He presented himself as a man from the up-and-coming nation, as a former economics minister with a social conscience because he came from a left-wing government. The picture was perfect.

He quickly recruited members of the Republican right and left. In this way, the presidential majority destabilized the traditional parties and usurped their ideas. The parties began to split and weaken. With his will to build a large moderate center, Emmanuel Macron has named his enemies: the radical left and the extreme right. On the one hand, it has trivialized the extreme right and turned it into a credible opposition force. On the other hand, it mobilized left-wing voters against it during the presidential election campaign, but then also demonized it in the general elections when it looked as if the Left Alliance (NUPES) might win. Last week all of his ministers – including Prime Minister Élisabeth Borne – called the radical left “extreme left”. When all opposition forces are considered “extremists”, there is no hierarchy, everyone is equal. With so much demonization, there is demonization and trivialization. Exactly what the extreme right wanted from Marine Le Pen, who was also favored by the candidacy of Éric Zemmour, an even more extreme candidate than her and to whom all the media attention was focused. The general elections have confirmed Le Pen’s victory: with 89 MPs (ten times more than in 2017, the real surprise of these elections), the parliament can serve as a springboard for the next presidential elections in 2027.

To these political mistakes must be added the impact of the health crisis on French morale. Hundreds of young people have had to queue in front of blackboards during the pandemic without anyone paying attention. Low-paid nursing assistants worked in hospitals. Many nurses preferred the liberal option and left the underpaying public health service. All of this has weakened the government.

Macron has gotten used to governing alone. During the health crisis, decisions were made by convening weekly defense councils, a sort of emergency procedure. He has gotten used to not counting on the opinion of parliamentarians. Before his election, however, he had promised to introduce some degree of proportional representation and to report to Parliament every year. None of these promises withstood the exercise of power.

After the demonstrations of Yellow vests In 2018, Macron organized a major debate to give people the floor back. Many French people went to town halls to fill out complaint books to say they wanted more representation and more advice. Today the 10,000 complaint books rest in the vaults of the official archives of the departments.

The result is that the French have used the ballot box to express their outrage: France is tired of being told what to do or who to vote for. The Republican front they willingly followed from election to election has ceased to exist. There is no one left to serve as a barrier against extremes.

Currently, the presidential coalition has just 245 MEPs, compared to 350 in 2017. We are a long way from an absolute majority – which now requires 289 MEPs – and France is breaking new ground. In the history of the Fifth Republic – since General De Gaulle – there have been periods of crisis and coexistence, but nothing comparable to the situation today.

France is in the midst of regime change. We are at the end of presidentialism. The Fifth Republic has always been a form of presidential monarchy, but now we are witnessing the end of full Presidential power. The National Assembly will be of paramount importance. All eyes will be on Parliament. The 577 new MEPs have to be constructive because they have to remember that more than one in two French people didn’t vote for them.

Emmanuel Macron himself fell from the throne this weekend. Fearing being eclipsed, he had chosen Élisabeth Borne as the discreet and uncharismatic prime minister, and now he’s trapped. Borne comes from the ranks of the left, while the possible alliances he can forge in parliament will now be on the right. This Tuesday morning he submitted his resignation, but the President initially rejected it. He will likely have to appoint a new prime minister in the coming days, a man or woman capable of leading the majority and navigating rough waters.

Democratic impulse or crisis of democracy? The Elysee will cease to be the epicenter of power. And that has two faces: parliamentary politics can mean more democracy; The French will no doubt feel better represented. But the blocking risks are increasing. Given the crisis, Macron may be tempted to dissolve the National Assembly in a year or two.

We can already see what the obstacles will be. The awkward alliance formed on the left for the general election is already crumbling. The subservient – ​​the radical left – promise “violent” debates. The new far-right MPs – the National Regrouping MPs – have their own faction in the assembly and must therefore adjust to the workings of the republican and institutional machinery. And they are being watched very closely. As for the presidential camp, the goal must simply be to be able to work in hostile territory. France needs reforms: pensions; the ecological turn. There are many important projects that cannot be put on hold.

The National Assembly has been a kind of prelude to power for years. From now on she will be at the center of political events. At best, citizens take part in real political debates and feel more interested. Worst-case scenario, it will be the usual circus, a pathetic spectacle that benefits neither party, further driving up abstention rates.

No matter what happens, the beginning political period promises to be exciting and full of unforeseen events.

Lilia Hasan She is a journalist and author. His latest book is Soleil America (Gallimard).