A new escalation against the banks of Lebanon. 6 banks were prevented from transferring money abroad 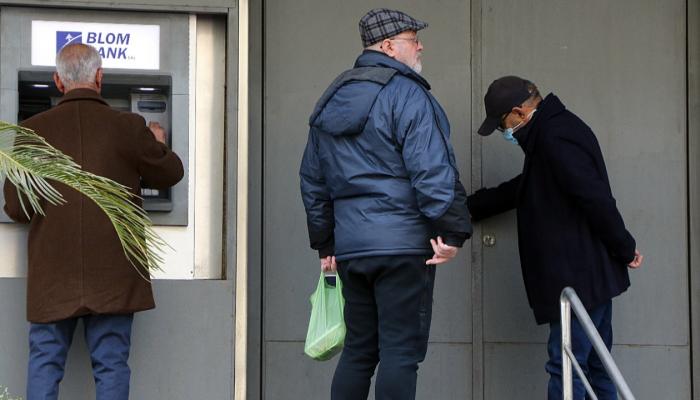 The Lebanese judiciary has prohibited 6 Lebanese banks from transferring and transferring funds out of Lebanon, based on a lawsuit filed by a civil society group.

The appeal prosecutor in Mount Lebanon, Judge Ghada Aoun, issued a decision to inform the Lebanese customs that it is necessary to prevent the transfer and transfer of funds out of Lebanon to the banks of “Bank of Beirut”, “Bank Audi” , “ Bank Credit Card”, “Societe Generale Bank”, “Bank Med”, BLOM BANK, based on a request submitted by the legal department of the group “The People Want System Reform”.

Aoun justified his move as a precautionary measure to prevent these banks from transferring the remaining depositors’ money out of Lebanon.

Judge Aoun had issued a decision on March 14, according to which she placed a sign prohibiting the alienation of real estate and movable and immovable property of various bankers.

In response to the decision, the Lebanese Banking Association’s lawyer, Attorney Akram Azoury, sent an open letter to the Public Ministry of Discrimination regarding the recent decision by Judge Ghada Aoun.

In the book, the Banks Association appealed to the Discriminatory Public Prosecutor, in his capacity as head of public prosecutions and prosecutions in Lebanon, to stop the implementation of the decision issued by the Public Prosecutor of Appeals in Mount Lebanon on 3 today. /24/2022, which stipulates a request from the Customs Administration to prevent 6 banks from sending cash based on a request A group that calls itself “the people want to reform the system”, because this decision is to exceed the limit of authority , because the law does not empower the Public Ministry to limit the freedom to collect money in cash by banks and companies authorized to carry out this activity, nor to take any measure that threatens the funds and the freedom to transfer and transform them. .

The book emphasized that “this measure touches the core of banking work and changes the principle of freedom of money transfer and freedom of trade that Lebanon has adopted since its establishment, and is a measure that falls exclusively within the jurisdiction of the banking authority. legislation, and that this measure will contribute to a further deterioration of the exchange rate of the Lebanese pound against the dollar, and isolates Lebanese banks from their correspondents and destroys what remains of confidence in the banking sector”.

Meanwhile, Mount Lebanon’s first Investigating Judge, Judge Nicolas Mansour, issued an arrest warrant for the brother of Banque du Liban Governor Raja Salameh, who is accused of interfering in the crimes of illicit enrichment and money laundering. of money.

Thus, Judge Mansour has confirmed the decision made by Judge Ghada Aoun, the judge who arrested Raja Salama, pending the investigation of this file. At the same time, Judge Mansour decided to summon the governor of the Banque du Liban, Riad Salameh, next Thursday to question him about the charges against him in the same file.

It is worth mentioning that Raja Salama is being investigated on charges of owning three companies that worked in the line of money laundering.