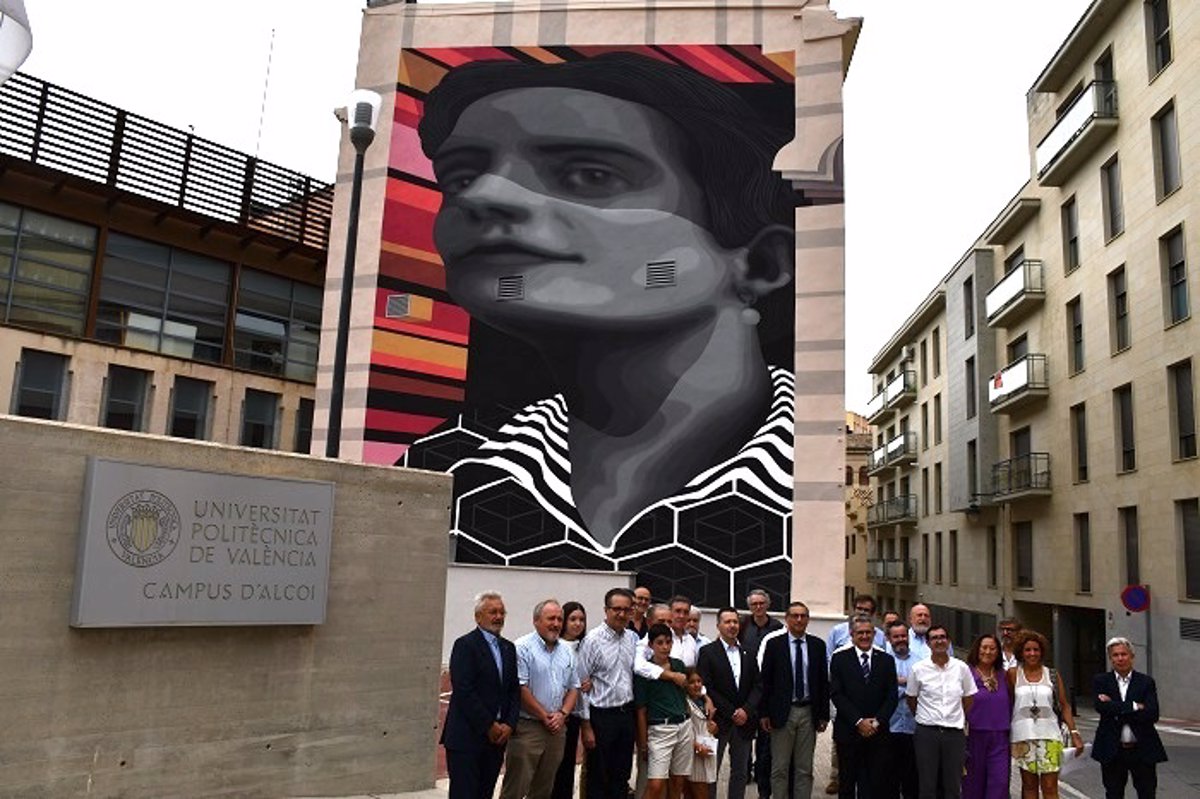 On May 7, 1928, María Cegarra Salcedo became the first woman in Spain to receive the title of Chemical Expert. He did it in the Industrial School of Alcoi (Alicante), predecessor of the current campus of the Polytechnic University of Valencia (UPV) in that city.

From now on, a large mural depicting his character, the work of the duo Medianeras, adorns one of the facades of the Carbonell building on the Alcoy campus. It is part of the “Dones de ciència” project promoted by the UPV and the Las Naves Innovation Center of the Municipality of Valencia, with the support of the Spanish Foundation for Science and Technology (FECYT) of the Ministry of Science.

At the inauguration, the prizewinner’s nephew, Javier Cegarra, thanked this initiative: “It is an honor for the family that this project, with this mural, pays homage to a pioneer like María and has also participated in its inauguration in a city as important for her as Alcoi was”, collects Las Naves.

In the mural, the duo of Argentine artists Vanesa Galdeano and Anali Chanquia capture a central portrait that recreates the image of Cegarra with a range of perspectives. Along with the central figure, they contain iconographic references to chemistry in the laureate’s dress and a ‘rain’ of written papers, symbolic of her activity as a poet. All this with colors that help integrate the mural into the environment and the building itself, enhancing the perspectives typical of Medianeras.

“Through this mural, we bring to light the person and work of María Cegarra, we make her story visible – the authors point out –. We have decided to represent the connection to chemistry through their clothes, alluding to poetry in all its context, between lines, colors, papers and depth within the university framework, all from our own point of view and approach in which we always try to understand the way we perceive spaces, to change the urban landscape.In this case we are doing it on the Alcoy campus of the UPV, as part of a fabulous project, still very necessary today, which allows large To make scientists visible, and us, the artists, who also need this visibility”.

As rector of the Politècnica, José E. Capilla recalled that María Cegarra “was a very unique person, since she was the first chemical expert in Spain in 1928; a time when things were more difficult in this society”. For his part, the Councilor for Innovation of Valencia, Carlos Galiana, has celebrated that these projects are leaving the capital, Túria, to promote the recognition of the role of women in science.

This has already resulted in 28 murals in “Dones de ciència”, a project that will continue in the next academic year with the official inauguration of three new murals at the CEIP El Cid de Mislata, the IES Conselleria (València) and the IES Almussafes.