A month after the war, Ukraine talks about a Russian withdrawal 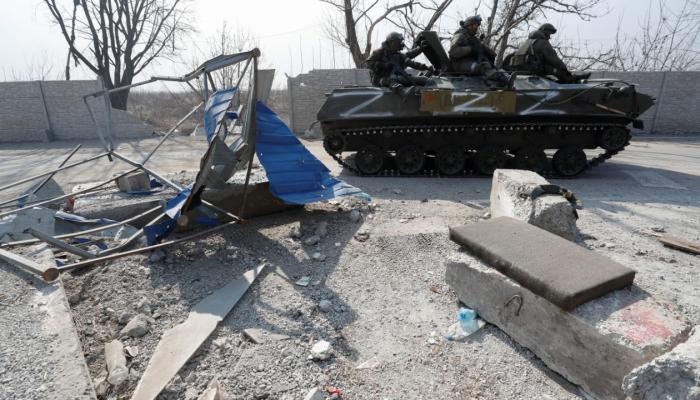 As Russia’s military operation entered its second month on Friday, Ukraine said Russian forces had withdrawn behind the border.

In a status report released earlier today, the Ukrainian General Staff indicated that some Russian units are withdrawing behind the Russian border after losing more than half of their personnel and suffering heavy losses.

Ukraine’s allegations could not be independently verified.

Oleksiy Aristovich, a senior adviser to Ukrainian President Volodymyr Zelensky, said that with Russia’s invasion of Ukraine entering its second month, the front lines between the two sides have “virtually frozen.”

Moscow is working in part to maintain a land connection between Russia’s Rostov region, the border with Ukraine, and Russia-annexed Crimea, according to the Joint Chiefs of Staff.

Moscow says the military operation in Ukraine is going according to plan, but Western countries supporting kyiv, on the other hand, say Russia was planning a surprise attack during which it would take control of the capital within days.

Russia sees Western promotion of a Russian military failure as an attempt to pressure it to hurry up and inflict civilian casualties.

On the ground, Ukrainian forces came under fire in the Dnipropetrovsk region overnight. A local official on Facebook indicated that Russia had launched two missile attacks on a military unit on the outskirts of the city of Dnipro.

Meanwhile, reports of a possible bombing near the former Chernobyl nuclear power plant were alarming.

This, he added, endangers “the homes and families of the workers who ensure nuclear and radiological safety” inside the former nuclear power plant. It was not possible to determine the occurrence of the bombardment.

There were reports earlier this week of fires in the exclusion zone surrounding the former nuclear power plant.

On February 24, Russia launched a military operation in Ukraine with the aim of disarming the former Soviet country, which is seeking to join the European Union and NATO.