A monograph and an exhibition by Martín Chirino see the light of the emotion of the “return to normality of reunification”. 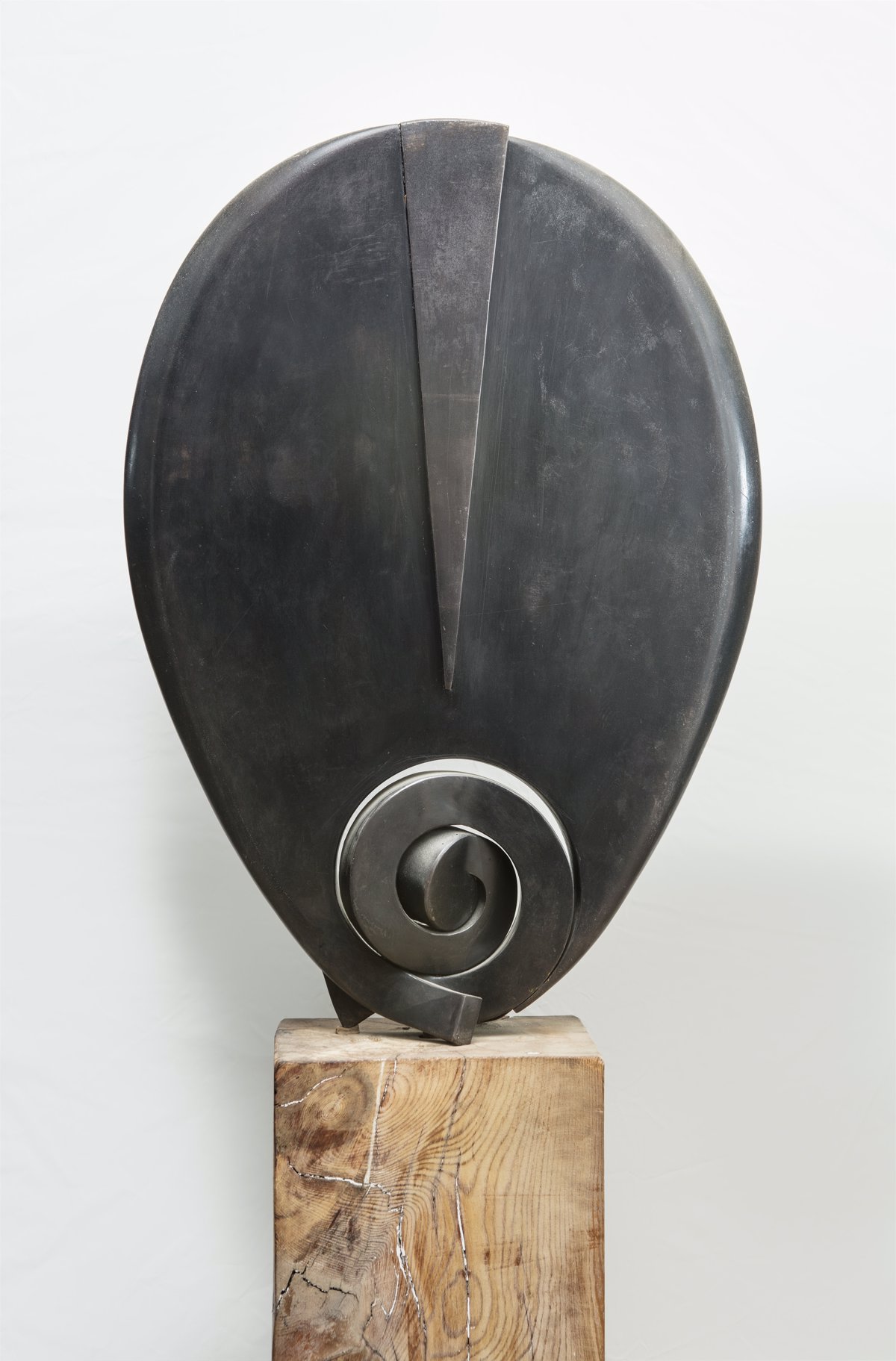 Presents a second monograph and an exhibition dedicated to the work of the Gran Canarian artist, focusing on the period called Afrocán

The presentation of a new monograph on the life and work of the sculptor Martín Chiniro together with the exhibition “Martín Chirino. Afrocan. The Oracle of the Wind” were presented this Friday, June 17, at an event in Las Palmas de Gran Canaria that confirmed “the emotion of returning to the normality of the meeting”, as Marta Chiniro explained to Europa Press, daughter by the artist and president of the Martín Chirino Art and Thought Foundation.

“It is very exciting to return to the abnormality of reunion. It means not only holding these two great exhibitions – at Casa Africa and at the Foundation’s headquarters in the Castillo de La Luz – but also reopening the Foundation to the whole world,” assured the artist and biologist. to celebrate it and feel that the Foundation is theirs and that they share the passion for the work of Martín Chiniro but also for the culture,” he added.

Thus, at an event at Casa Africa, the Martín Chirino Foundation for Art and Thought presented the second volume of the Martín Chirino Encyclopedia, dedicated to the period known as Afrocán. On the occasion of the publication of this second monograph, edited in collaboration with the Azcona Foundation, an exhibition of the most important pieces of the period was also developed, which occupies two rooms: the headquarters of the Foundation itself (in the Castle of the Luz) and Casa África , both in Las Palmas de Gran Canaria, which will remain open to the public from June 18 to September 18, 2022.

The exhibition, curated by Antonio Manuel González (author of the publication), includes other sculptures and documents requested by prestigious international institutions or temporarily loaned to private collectors, under the artistic direction of the Chirino masters: Julio González and Ángel Ferrant. It is also contextualized with the exhibition of original objects of African art.

The director of the Martín Chirino Foundation for Art and Thought, Jesús M. Castaño, took part in the presentation of the works and the exhibitions; the author of the second monograph, Antonio Manuel González, and the general director of Casa África, José Segura Clavell.

In statements to the media, Castaño explained that the presented publication is part of the encyclopedic work that helps to contextualize “the work, thought, periods and iconography of Master Chirino”, a task that will be continued in successive monographs .

This second monograph is part of the “Martín Chirino Encyclopedia”, an initiative that arose in parallel with the founding idea of ​​the foundation in 2015. The book – which has a further 16 chapters – summarizes the creative work of Martín Chirino in its different eras, each addressed by renowned critics and specialists.

The first volume of the encyclopedia, written by Alfonso de la Torre, dealt with the early years of Martín Chirino’s artistic career, with a focus on the cycle of the Black Queens, a cycle created in the Canarian artist’s workshop in Las Palmas, a Space conceived for the discoveries of youth, where attributes of his work such as nomadism and the island imaginary were already present.

Regarding the choice of Antonio Manuel González to write this second volume, Castaño stressed that “he had to be familiar with Chiniro’s work and be from the Canary Islands”. In fact, González assured that this exhibition would have delighted “the dear teacher” with whom he had shared “many encounters and moments since 1979”. Martín Chiniro passed away on March 11, 2019 at the age of 94.

Regarding his work, he recalled that “because of the terrible experiences of the pandemic” that had to leave him without leaving home, he was able to write a work that cost him “sweat and tears”, as he joked. He also emphasized that Chirino’s work “has a vocation to go from the particular to the universal” while connecting the islands “to the Atlantic reality, including Europe, Africa and the Americas.”

For his part, Segura emphasized that the “Afrocán” series represents Chirino’s commitment to himself, his landscape and his time, since he is an author who “crossed borders”, while at the same time creating a space for communication between the Canary Islands and the Canary Islands open to the African continent.

At this point he explained that “Afrocán” was a neologism alluding to the double root of the Canary Islands and Africa. As Chirino said, “If the Afro-European term had been coined from Paris, I thought Afrocán would be ideal; a voice that sounded very natural as it didn’t seem like a stamp of two superimposed words, but alluded to one thing: ‘AfriCanarias'”.

CONNECTION WITH THE AFRICAN CONTINENT

The Afrocanes series by Martín Chirino, begun in 1974, represents, with its enigmatic configuration between the oval shape of the mask, the spiral and the mirror, the connection that the sculptor traces in the midst of his artistic production as a whole, in order to conjure up a space for communication and reflection between the Canary Islands and the African continent.

“The example therefore shifts the Canary Islands outside of the most insular patterns,” adds Castaño. In this way, the exhibition, in which La Caixa Foundation is collaborating through Caixabank, includes sculptures, drawings, photographs and all kinds of documents that allude to a time in Spain that was breaking new ground. “There is a quest for freedom that shakes the feet of clay of dictatorship,” wrote Chirino himself.

In those years, the artist participated in the drafting of the Iron Manifesto and signed the Afrocán Document, both dated 1976, after conceiving the sculpture “Oölogy-el Afrocán (1973)”, which forms the basis of the series of works of oval shapes , surrounded by the spiral, the symbol of the natives of the Canary Islands.

As González points out, the search for roots that characterizes such a fertile period in Chirino leads him to connect with the primitive both of the European pictorial and sculptural lineage and of another belonging, a task that is not only a “primitivist revival”.

Recourse to the oval represents the immense loneliness of modern man, forming an oracular mirror in which “one’s identity is reflected in radical otherness,” as González puts it, emphasizing that all masks “are starless.”

As Chiniro said: “The latitude of the archipelago makes me feel the proximity of African art. In the Afrokan you can see the image of the African masks, for which I felt great admiration, and which, with the Canary spiral as a base, invades me in a new, different sculpture and not easy to interpret”.

- Advertisement -
Share
Facebook
Twitter
Pinterest
WhatsApp
Previous article“She could beat me”, JLo opens up about the difficult relationship with her mother that caused her to leave home
Next articleProsecutors convicted former Judge Presencia of a crime against the state’s high institutions