A meeting between Western officials portends a serious Somali crisis 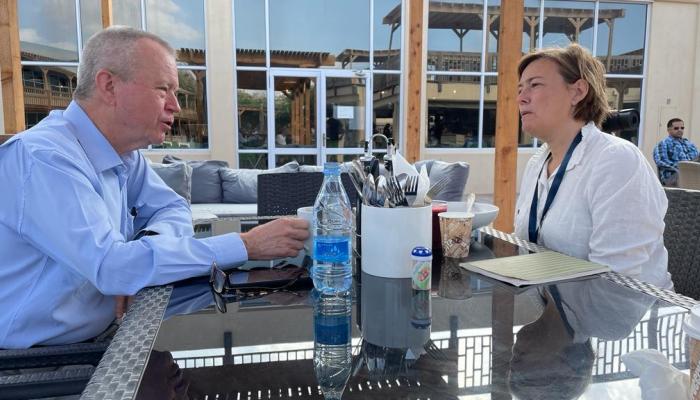 A meeting between Western officials sounded the alarm in Somalia; The African country that suffers from poverty and the scourge of terrorism.

“US Ambassador Larry Andre and World Bank Country Director for Somalia Christina Svenson discussed concerns that Somalia’s successful economic reform agenda could suffer a setback if the government is not formed soon,” the statement said. US Embassy in Mogadishu in a tweet.

Somalia is holding parliamentary elections in preparation for choosing a new president for the country more than a year after Abdullah Farmajo’s term ended, amid accusations the latter deliberately withheld constitutional benefits to remain in power.

In light of the repeated postponement of the Somali general elections, Somalia faces serious repercussions in this regard that threaten the security, political and economic stability of the country.

The US embassy in Mogadishu said “continued international financial support and debt relief for Somalia is at risk.”

Somali Prime Minister Mohamed Hussein Robley is leading the transition period and holding the elections, which are proceeding slowly in the face of security hurdles and obstacles imposed by Farmajo.

In recent years, Somalia has made great strides, praised by the International Monetary Fund and the World Bank, in economic reform and debt relief for Somalia.

Due to economic reforms carried out by Somalia under the supervision of the Bank and the International Monetary Fund, Somalia’s debt was reduced from $5.2 billion at the end of 2018 to $3.7 billion in net present value, with the aim of improving its economic growth and reduce poverty. .

Those efforts on the road to debt relief paid off under the Heavily Indebted Poor Countries (HIPC) Initiative, a mechanism established by the World Bank and the International Monetary Fund to help alleviate the debt burden of developing countries. poorest and most indebted in the world.

In light of Somalia’s response to the terms of this initiative since late 2018, it has been able to secure new financial resources from international donors, in the context of achieving the economic reforms it seeks.

According to the International Monetary Fund, nearly 70% of Somalis live on less than $1.90 a day.

Observers believe this is a direct international warning to Somalia’s leaders of a further deferral of constitutional rights.