A map to save Yemen. New consultations in the Gulf test Al-Houthi’s intransigence 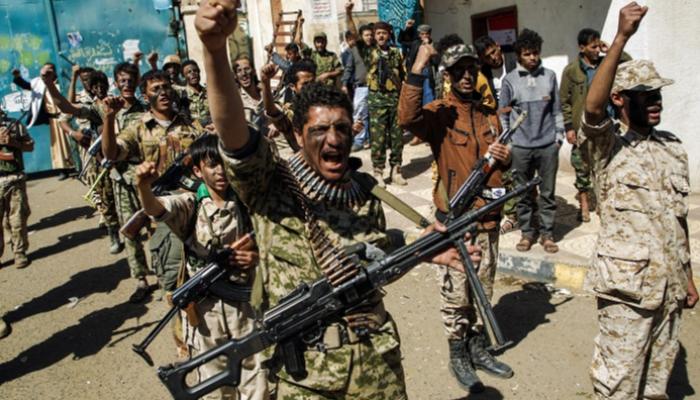 The consultations announced by the Gulf Cooperation Council between the Yemeni parties opened a new door of hope to stop the bloodshed in the country, and presented a chance of salvation and a real map for peace and an end to the war.

The timing of the Yemeni-Yemeni consultations announced by the Secretary General of the Gulf Cooperation Council, Dr. Nayef Falah Al-Hajraf, is an important signal as it coincides with the eighth anniversary of the launch of the Belt Storm, deterring the Iranians expansion in Yemen, and the country’s entry into operation “Happy Yemen Freedom”.

It also comes a year after the Saudi initiative for a comprehensive solution in Yemen, which found great intransigence on the part of the Houthi militias, so the new consultations constitute renewed proof of the elusiveness of these militias and their position on the peace.

The Yemeni-Yemeni consultations are expected to start on March 29 in Riyadh after an invitation to all parties without exception, including the Houthis, is discussed, provided that 6 axes are discussed, in addition to which are the main military axes , security, political and economic.

The consultations are aimed at a comprehensive ceasefire, addressing humanitarian challenges, opening safe corridors, achieving peace and stability and protecting the social fabric, emphasizing that the solution lies in the hands of Yemenis and presenting a golden opportunity to establish mechanisms for humanitarian action and a political future.

The Iranian-backed Houthi militia had pre-empted the Gulf Cooperation Council’s announcement of Yemen-Yemen consultations and came out with two contradictory positions, resulting in a new evasion that the coup plotters would stage in an effort to abort the peace process. peace.

The first position came from the lips of the influential Houthi leader, Muhammad Ali Al-Houthi, who explicitly rejected any call for peace in which the coalition countries participate, while the militias issued another position and published it in their media for their approval, provided that it takes place in a “neutral country”, as they claim.

Gulf diplomacy has a proven track record of supporting peace in Yemen as a common umbrella for Yemenis, perhaps the most prominent of which is the Gulf initiative, which is one of the three major international landmarks that stood in the way. for Yemen to fall into chaos. in 2011.

However, following the coup by the Houthi militia on the black day for Yemenis on September 21, 2014 and the intervention of the Saudi-led Arab coalition at the request of the Yemeni president to support legitimacy on March 26, 2015, gave way in an unprecedented way to political initiatives loyal to the intransigence of the coup plotters.

The Saudi initiative for a comprehensive solution of March last year is the last chance presented by the Arab coalition in an effort to return the warring parties to a safe dialogue, as well as permanent support for international and international efforts that collided with the intransigence of the Houthis.

According to the Undersecretary of the Yemeni Ministry of Local Administration, Abdul Latif Al-Fajir, the new Gulf consultations reaffirm to what extent the brothers of the Gulf Cooperation Council are willing to gather the word of the Yemenis to get them out of the ordeal of war.

The Yemeni politician and official promised “Al-Ain News” not to forget the efforts of the “brothers in the Gulf Cooperation Council to unite the opinions of the political parties and make tireless diplomatic efforts to get out of the crisis.”

“These consultations are a diplomatic opportunity for all Yemenis, including the Houthi militia, to sit down at the dialogue table and discuss all the mechanisms to end the destructive war, with the participation of all political components and organizations of the civil society,” he said.

“The invitation of the brothers of the Gulf Cooperation Council to the political parties is expected to represent a qualitative and advanced leap in the series of faltering diplomatic efforts since the coup by the Houthi militias to reach a solution acceptable to all, “According to Al-Fajir.

The local official indicated that the Yemeni president will not object to the participation of the Houthi militias in any consultation, as long as they accept peace, lay down their arms, work to stop the attacks and violations and exercise reason.

Al-Fajir expressed his hope that the Houthi militia will seize this golden opportunity and return to the dialogue table, but unfortunately all the signs confirm, as usual, that it is moving towards losing opportunities and rejecting all initiatives of peace.

The Houthi militias have always closed all doors to peace, the consultations of the Gulf Cooperation Council open another door to peace capable of protecting and containing the demands of all under a safe umbrella, putting many scenarios for the Houthi intransigence.

The head of the Al Jazeera Study Center in Yemen and Undersecretary of the Yemeni Ministry of Information, Najeeb Ghallab, listed 3 scenarios for the next consultative meeting at the General Secretariat of the Gulf Cooperation Council, and the position of the Houthi militia in this regard .

He explained that the first scenario is that the Houthi militias respond to the call for consultations and thus peace becomes a comprehensive rescue option, and the second is to reject these militias and the national will will unite so that the Houthis face a confrontation. decisive.

As for the last scenario, there will be problems and lack of consensus, and the battle will be rebuilt according to more effective options to recover all of Yemen, Ghallab wrote on his Twitter account, which was consulted by Al-Ain Al-Akhbariya.

For his part, the head of the Yemen Media Association, Fahd Al-Sharafi, wrote on his Twitter account that “the efforts of the Gulf Cooperation Council countries and their active diplomacy, especially Saudi Arabia and the United Arab Emirates United, they are the ones who, after God, uprooted UN Security Council Resolution 2624 and persuaded countries and agencies to put al-Houthi on terrorism lists.”

He added: “Our brothers in the Gulf insist that they are mediators and supporters of the Yemeni people and that they are not a party to any conflict, and this is in the interest of Yemen and its people near and far.