A man found an oar in Santa Elena, an animal linked to tsunamis and earthquakes 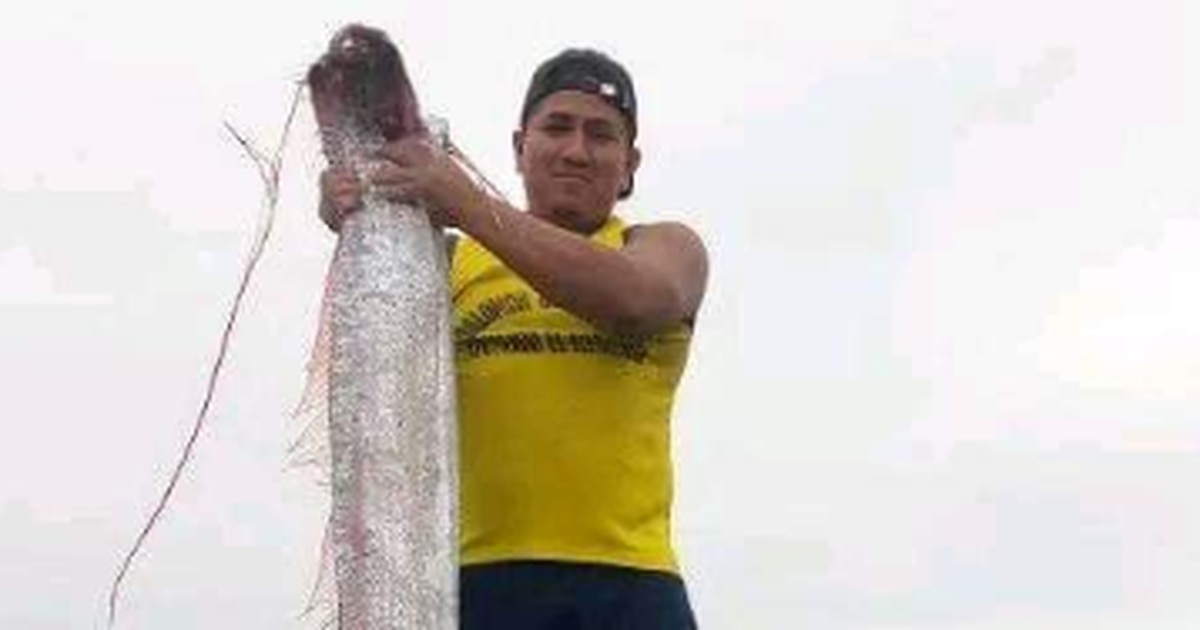 A unique find occurred this tuesday july 26 on the Ecuadorian coast. A fisherman who was at work found a rower in the parish of Anconcito, Santa Elena.

The event quickly went viral due to the omen that this type of animal keeps when found on the coast of a city or country. According to the researchers, the oarfish is known as the scabbard fish and its scientific name is Regalecus glesne and has been cataloged as the most important of the herrings: a species of fish that lives in deep waters.

Coming up against this type of animal is strange since it lives more than a thousand meters below the surface according to National Geographic. Beyond its characteristics, it is its legend that panics.

The legend of rowing dates back to Japanese culture which is associated with the life of yakoi or monsters. His name is “Namazu” who took refuge in the depths of the island nation in the Pacific Ocean. His movements, when he came to the surface, caused earthquakes.

“Earthquakes, tsunamis, cyclones and other natural disasters have been attributed to him for years in Japanese culture. This was so because it was believed to have a close relationship with the deities of the seas.” notes National Geographic.

A similar event happened two weeks ago, on July 11, when one of these animals was found off the coast of Chile. It took 24 hours for a seismic event to occur on Easter Island.

On the same day, there was a 5.5 degree tremor with an epicenter in Arica. While on July 14 a strong telluric movement hit Guayas, in Ecuador.

The earthquake harbinger myth had a bigger impact when rowing appeared in Alaska (2020) and Mexico (2020), a few days later earthquakes of 7.8 and 7 .5 degrees occurred.