A loyal friend of “Putin” .. Schroeder said goodbye to the honorary citizenship of “Hannover” 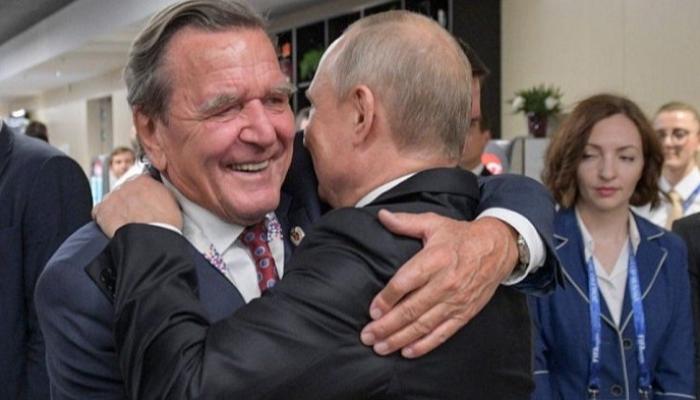 The German city of Hannover announced Thursday that former Chancellor Gerhard Schroeder is no longer an honorary citizen.

The city said its administration had received a letter from Schroeder stating that he was irrevocably renouncing honorary citizenship.

City officials noted that the procedure they had begun earlier to withdraw Schroeder’s honorary citizenship ended with that.

Schroeder had posted this letter on Linkedin on Tuesday.

Schroeder has been a friend of the Russian president for years, and the former foreign minister has long faced criticism for his relations with Moscow, mounting pressure on him over the war in Ukraine and his attachment to his trade relations with Russia.

The former German chancellor retains his leadership positions at Nord Stream 1, Nord Stream 2 and Rosneft, of which he chairs the Supervisory Board.

However, Schroeder called on the Moscow government to end the war as quickly as possible, but did not speak about the consequences of his positions.

Before the Russo-Ukrainian war, former German Chancellor Gerhard Schroeder caused a political firestorm in Germany, after statements criticizing the West’s position on the conflict in kyiv.

In 2020, Russian energy giant Rosneft announced that Gerhard Schroeder would remain chairman of the state-owned company’s supervisory board, a position he had held at the company since the end of September 2017.