A Latin American soldier who fought in the Ukrainian ranks died in action; Who was it? 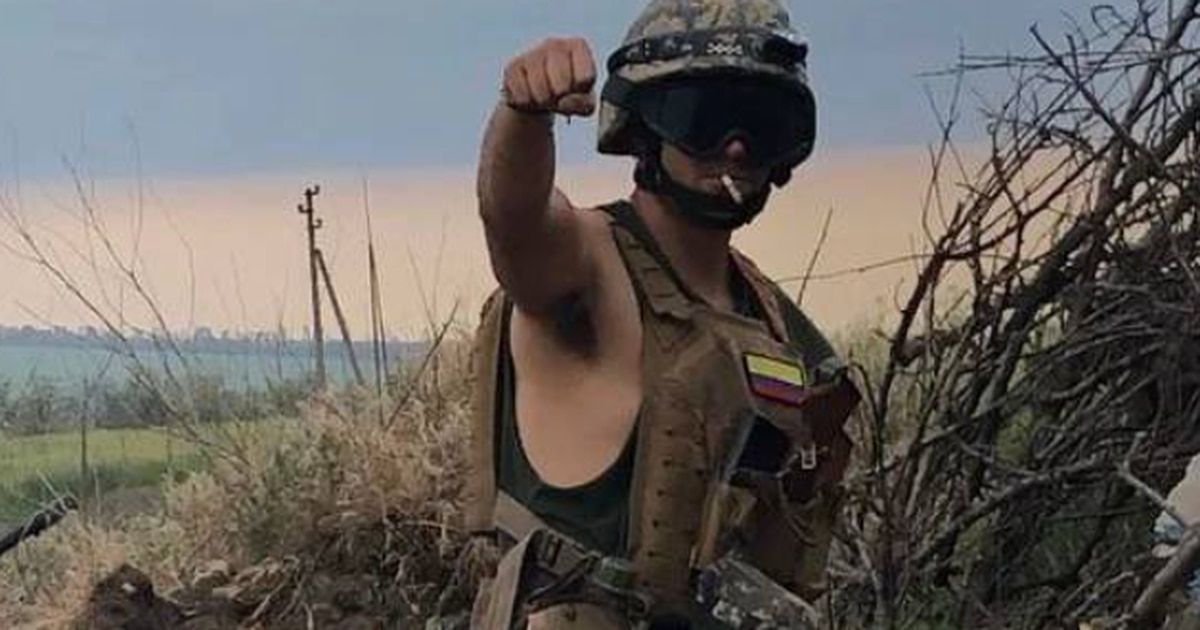 A Latin American soldier who was fighting in the ranks of the Ukrainian army fell in battle last Tuesday, July 19, in the Donbass region. It was the Colombian Christian Márquez, 32 years old. This was highlighted by the media of the European country, which made the news public.

The photographs show a warrior wearing a military uniform defending the territory of a foreign country with which he feels engaged. He is seen aiming with a sniper, or also holding an assault rifle. In the same way, he shares pleasant moments with his colleagues in the trenches.

The young man joined the International Territorial Defense Legion of Ukraine, which is the armed body made up of several volunteers of different nationalities responsible for fighting the Russians in the conflict zones.

🇺🇦news says the first Colombian🇨🇴 in the Ukrainian Foreign Legion was killed in action. Russian news🇷🇺 says he was a “mercenary”.

The news 🇺🇦 says that a Colombian 🇨🇴 who had served in the Ukrainian Foreign Legion 🇺🇦 died in battle. Peace in his grave. pic.twitter.com/YFjNeOItOB

Márquez served as gunner and rocket launcher. According to the testimony of his relatives, belonged to the elite groups of the Colombian National Police. Moreover, he would have told them on several occasions the strong scenario lived in the middle of the war, like civilians and children who beg for food in the streets.

The Colombian is said to have died in one of the sectors where the Russian army is carrying out heavy artillery attacks. This is located near the banks of the Donets River. The versions of the international media indicate that the soldier would have faced several assault vehicles equipped with rocket launchers.

As the clash unfolded, he attempted to distract the enemy forces so that his companions could find a place to take cover during the clash. But this heroic act cost him his life.

What we know so far is that his relatives are taking the respective steps to request the repatriation of the Latin American boy who gave his life for the liberation of the Ukrainian people.

On the other hand, several soldiers said that many foreigners who came to join the Ukrainian ranks were unprepared and therefore vulnerable on the battlefield.

During the month of March, we learn that approximately 20,000 volunteers from 52 countries had gathered in the Eastern European nation to lend their services to the troops resisting the assault on Moscow.