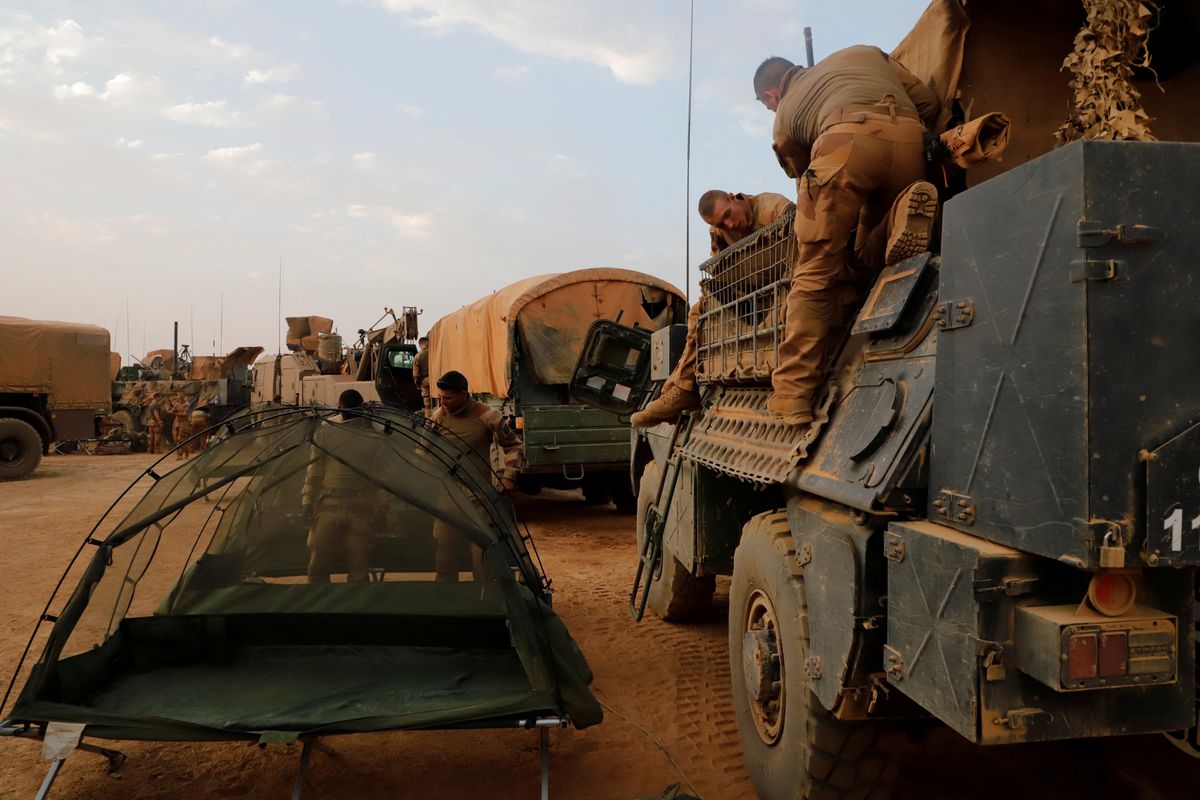 Suspected members of the Katiba Macina, a jihadist group linked to al-Qaeda, killed at least 132 civilians in a new massacre in central Mali this weekend, the country’s government reported in a statement on Monday. The attacks took place between Saturday afternoon and Sunday when gunmen on motorcycles entered three nearby villages in the Bandiagara area. There they mainly executed the men and set houses, barns and vehicles on fire, after which the rest of the population fled to Bankass, around 40 kilometers away.

Local sources assert that these attacks were in revenge because some residents of these villages (Diallassagou, Diamweli and Deguessagou) had collaborated with members of the Malian army and Russian mercenaries in anti-terrorist operations carried out in the area. The same sources confirmed that the towns of Ségué and Djiguibombo were also attacked by jihadists, but that in both towns they were repulsed by traditional Dozo hunters or armed Dogon militiamen.

The Bandiagara area near the Burkina Faso border has been a regular scene of jihadist violence, particularly since 2015, when the focus of the insurgency that has plagued Mali since 2012 shifted to the center of the country. That was when the group Macina Liberation Front emerged, led by radical preacher Amadou Koufa, whom the Malian government believed dead in 2018, but numerous sources familiar with the conflict confirm he is still living in the central zone of the country.

This armed group, which later changed its name to Katiba Macina, was integrated under the umbrella of the Support Group for Islam and Muslims (JNIM), led by Tuareg jihadist Iyad Ag Ghali, who is in turn linked to al-Qaeda. The Katiba Macina, made up mainly of members of the Peul ethnic group, have carried out numerous attacks and assaults in the Mopti and Ségou regions. For this reason, members of the Dogon ethnic group, who form a majority in the Bandiagara region, accuse the Peul of complicity with jihadism, which has led to massacres of both in recent years. Against the backdrop of a virtually non-existent or very weak state, Koufa’s group has made agreements with local communities to give them protection against money.

The United Nations Mission for the Stabilization of Mali (Minusma) has expressed concern over reports of “attacks by extremist groups against civilians in the Bandiagara region, attacks with casualties and displacement of the population” via its Twitter profile. Minusma has offered local civil and military authorities to send a mission to protect citizens and stabilize this area. The government of Mali issued a statement condemning this violence in “extreme strongest terms” and affirming that it will continue its mission of “searching for and destroying terrorist safe havens” through operations Maliko and Keletigui.

The jihadist insurgency that began in northern Mali in 2012 – and then spread to the center of the country and neighboring Niger and Burkina Faso – has left more than 25,000 dead and around four million displaced and refugees. The inability to stop the advance of the radicals is one of the main reasons for the coups in Mali and Burkina Faso in recent years, but the military junta is failing to put an end to the violence. The French Barkhane operation, which once deployed 5,500 troops in the Sahel, is withdrawing from Mali amid disagreements between that country’s leaders and the Elysée. In addition, since last year the Malian authorities have been turning to Russian trainers and mercenaries from the Wagner company for support in the fight against jihadism.