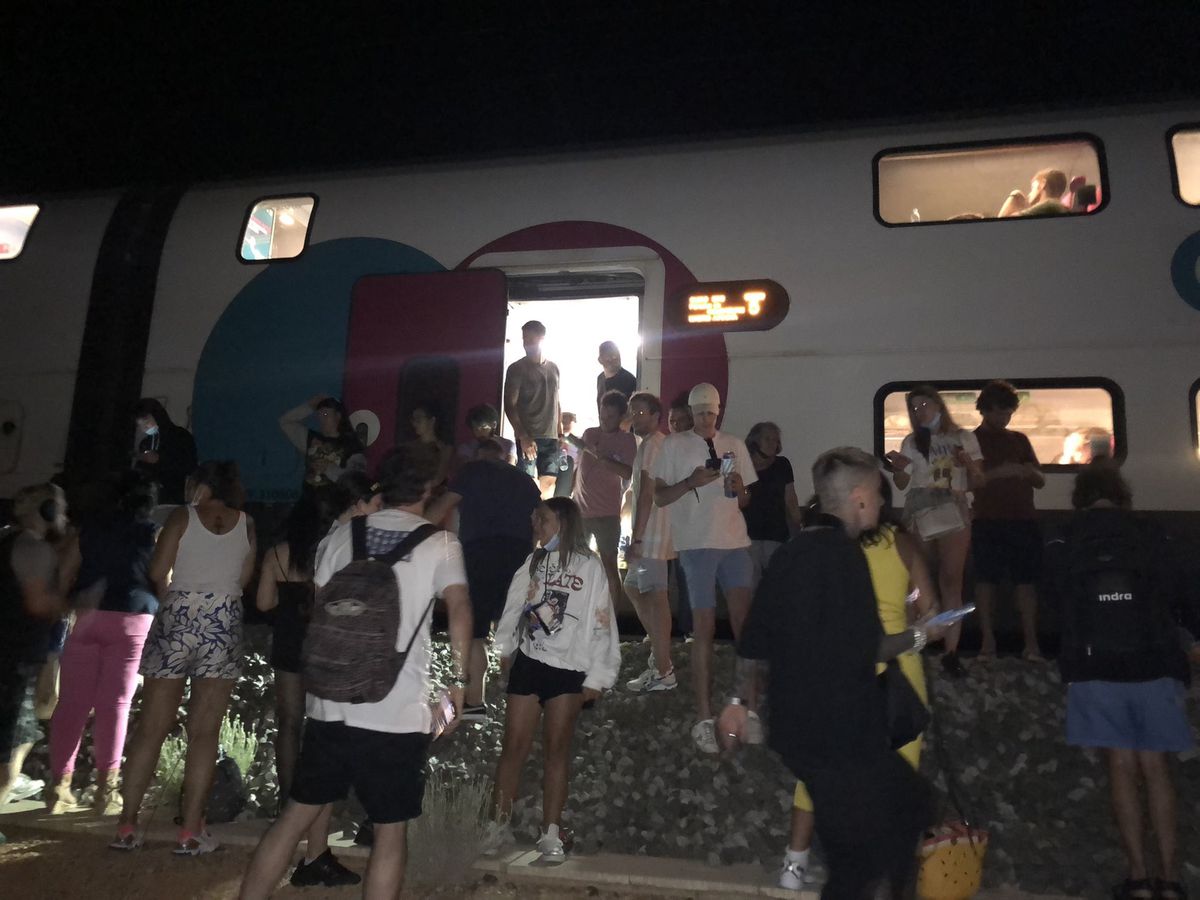 A recent breakdown on a Ouigo high-speed train traveling the route between Barcelona and Madrid with 963 passengers on board left travelers stranded without power or air conditioning for up to six hours on Tuesday morning until they were rescued by another train which eventually caught her goal in the Spanish capital. This is the third incident in a month involving these trains, which are operated commercially by French public company SNCF in competition with Renfe.

The incident began this Monday at 10:56 p.m. when the Ouigo 6810 train with departure Barcelona-Sants and destination Madrid-Puerta de Atocha, traveling in a multiple unit (two trains in one), was abandoned due to a technical failure power supply up to Height of Alhama de Aragon (Zaragoza). The company’s technicians, who were on the train, tried unsuccessfully to fix the error and decided to drive the convoy back to Calatayud. At this station, the convoy was split in two so that the undamaged train unit could continue its journey to its destination as quickly as possible, which arrived in Madrid at around 4:30 a.m. with half the passengers. In turn, another train left Barcelona to transfer the other half of the damaged unit’s passengers to be able to continue the journey. This train arrived in Calatayud around 5:00 am and in Madrid around 6:30 am.

Some passengers have uploaded videos of the incident, showing them suffocating due to the lack of air conditioning in the carriages or next to the tracks while waiting for another train to arrive. You can also see children crying and the toilet cistern not working. Ouigo has lamented the incident, the causes of which are unknown, and warned travelers should be compensated with a full refund of the tickets plus additional compensation of 200% of their value.

In addition, the service that Ouigo wanted to leave this Tuesday at 6:45 a.m. from Barcelona to Madrid-Puerta de Atocha had to be canceled because it was the convoy that was helping almost a thousand travelers.

This is not the only incident suffered by the French company. On May 21, an Ouigo train tripped the catenary at the height of the city of Ariza, in the province of Zaragoza, causing a several-hour disruption to train services on the Madrid-Zaragoza-Barcelona high-speed line in the sweltering heat. More than 8,000 passengers on 25 Renfe high-speed trains and Ouigo itself were affected.

Initial preliminary investigations indicate that the French train caused the incident, running more than four kilometers of catenary on the Madrid-Barcelona route. The blackout forced Adif to paralyze all traffic on the route and also directly affected the AVE, which covered the route between Marseille and Madrid, which had to return to Calatayud. In addition, 20 AVE and Alvia trains from Renfe and another five from Ouigo experienced significant delays because they stopped at the next station or were unable to depart on schedule. In all, more than 3,000 passengers from Ouigo and 5,000 from Renfe were affected.

Days later, on May 29, due to an unspecified technical incident, an Ouigo train traveling between Barcelona and Madrid stopped in the province of Lérida for 74 minutes and continued the march, having to reduce speed to 160 kilometers per hour. the affected train arrived more than two hours late at the destination station. As a result of this incident, the train in question was transferred to the workshop and consequently the multiple units that were to perform the following services that day, in a simple composition, for which many tickets had to be cancelled. In total, of the 300 people affected by the failure of the multiple unit on the Madrid-Puerta de Atocha-Barcelona-Sants train, 121 who were present at the station were able to be relocated. Of these, 86 were seated and another 35 passengers had to travel standing.

- Advertisement -
Share
Facebook
Twitter
Pinterest
WhatsApp
Previous articleThe Pope clears up the rumors of resignation before the bishops of Brazil: “I want to live my mission until God allows it”
Next articleMontero denies a possible government crisis and asks Yolanda Díaz for internal debates