A heated competition between Nissan and Tesla on the “old” continent 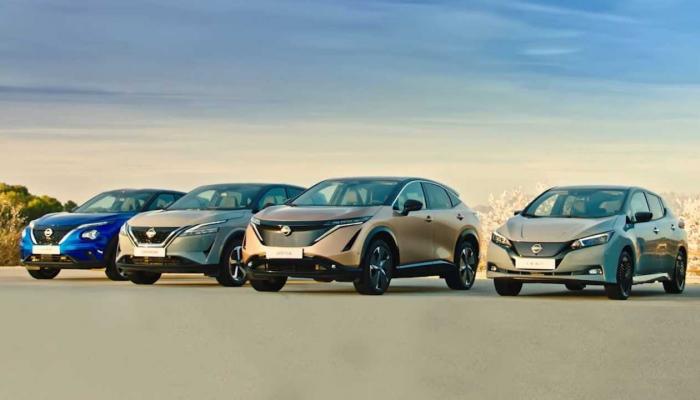 Nissan is preparing to launch 100% electric cars in Europe in early 2023, in what was considered a challenge for Tesla, which launched its first factory on the old continent.

According to the website “Motor One”, specialized in automotive news, Nissan has officially decided to stop offering new cars of its manufacture that work with internal combustion engines, starting next year, to be the first brand to make this decision before of time.

This comes as part of an ambitious plan that Nissan is looking to implement, with its 100% transformation into a brand that sells only electric cars, similar to Tesla by the end of the current decade.

Nissan is preparing to launch its new electric Ariya icon this summer to light the fire of competition with the Volkswagen ID4, Ford Mach-E and Hyundai Ioniq5.

In terms of propulsion, the Ariya is available in a base model based on a 160 kW/218 hp electric motor with a 63 kWh battery, providing a range of around 400 km. With the largest battery capacity of 87 kWh, the driving range is about 500 km.

As for the most powerful model, it is equipped with a second motor that generates a power of 290 kW/394 hp within the framework of the all-wheel drive system, while the autonomy is 460 km.

Charging takes place at a capacity of 130 kilowatts, so that the largest battery can be charged from 10 to 80% in 40 minutes.

Earlier this month, Nissan announced the launch of a hybrid version of its iconic Juke, which belongs to the crossover coupe category.

The Japanese company explained that the Juke Hybrid car is based on a hybrid propulsion system consisting of a 1.6-liter four-cylinder gasoline engine with an output of 95 hp / 148 Nm of maximum torque, with a 50 hp electric motor. / 205 Nm. . This system is combined with a 1.2 kWh battery and a 15 kW starter generator.

Nissan is considering stopping the development of internal combustion engines worldwide, to be satisfied with that in the United States of America, according to the “Motor One” website, citing the Nikkei business daily.

Nissan will gradually eliminate this type of motors, and in the future it will boost its investments in the development and manufacture of electric motors, for a value of up to 4,300 million dollars.