A Gulf meeting to study the bombing of Erbil 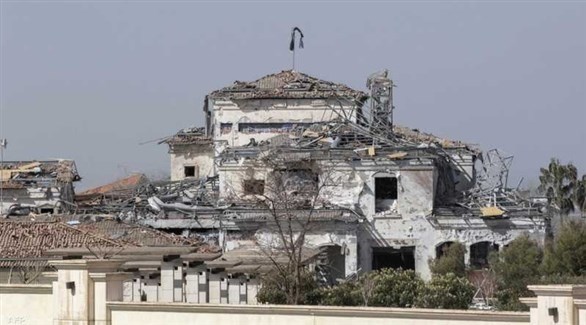 The Iranian ambassador in Baghdad, Iraj Masjedi, said that the missile attack carried out by the Iranian Revolutionary Guards last Monday in Erbil: “It is not aimed at Iraqi sovereignty, but at attacking the Americans who established a base for the Zionists in the Kurdistan region of Iraq to use as a headquarters to conduct operations against the security of Iran. An ironic statement, especially since he followed it up by calling on the “Iraqi government to put an end to Israel’s evil moves in the region.”

As for your country “will never compromise its security”, it is a statement that calls on the General Secretariat of the GCC to hold an urgent meeting to discuss it, because it is a clear message that recent events in the region, specifically, the establishment of diplomatic relations by some GCC countries with Israel, gives the Iranian regime the “right” to direct its missiles at any country it “suspected” of providing Israel with space that it could use to harass or attack Iran.

What Masjedi said is dangerous and leads one to believe that the Iranian regime may consider every movement or action it suspects in any country in the region as a threat to its security and stability, especially in countries that establish diplomatic relations with Israel and the United States, and that this gives him the right to attack them using strong and accurate projectiles at all times and by any means he sees fit.

The justifications provided by this ambassador and other officials of the Iranian regime cannot convince Iraq, the United States or any country in the region, but he must respond to them in practice and not be satisfied with issuing statements of condemnation and repudiation, because he will believe that all these countries cannot respond and punish him, so he continues and repeats what he did in Erbil in other cities, especially since the accusation is ready and the countries that have established diplomatic relations cannot go back on their sovereign decisions.

What happened in Erbil, the GCC countries must read correctly and support Iraq and cooperate with it and the various relevant countries to ensure that it does not happen again.