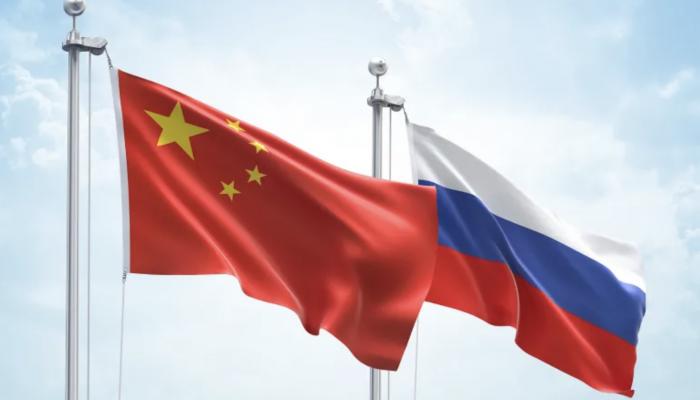 The Ukraine crisis may reshape economic forces globally, and this possibility is made clear by the Russian government’s statements about the pressure exerted by Western countries on Beijing.

This did not only indicate the presence of pressure, but may be a sign that Moscow is aware of the movements of the West to attract China in its favor.

To this day, the economic and diplomatic relations between China and Russia are at their best, and North Korea joins them, to establish a strong alliance against the West, capable of political, economic and commercial independence.

China’s relations with the West are stronger than Russia’s

In terms of numbers, Sino-Western relations are much larger than relations with Russia, although the latter is the most reliable supplier, along with the Arab states of the Gulf, of energy sources of all kinds, especially oil.

China is the largest importer of crude oil in the world, with a daily average of 10 million barrels, and the second largest consumer of it after the United States, with a total of 13.2 million barrels per day.

Commercially, the volume of trade between Russia and China increased in 2021 by 35.2 percent compared to 2020, and amounted to 140.705 million dollars, according to data from the Russian Customs Service.

Meanwhile, the European Union’s statistics agency Eurostat said China became the bloc’s top trading partner in 2020, trading between them at 570 billion euros ($630 billion), in compared to €516.3 billion in 2019.

The value of the European Union’s imports from China exceeded 460 billion US dollars, according to Eurostat data.

In 2010, the trade volume between the two countries reached about 465.8 billion US dollars, which means that the growth between 2010 and 2021 reached 41.2 percent, a growth that was not achieved between China and Russia.

On the other hand, China has largely managed to consolidate its position as an independent country, almost from the world as a whole, through the availability of independent financial and commercial systems that cannot be blocked by the West.

In the face of this Chinese independence, it will not be in a gray area of ​​what is happening in Eastern Europe, since Russia is a strategic ally, while the West cannot easily abandon trade with China.

From the start of the Ukraine crisis to today, ambiguity remains the title of China’s actual position on the Russian war against Ukraine, despite successive statements by Chinese officials on the country’s position.

In light of the Western move against Russia and its growing isolation on the international stage, China is sending clear signals about continuing its relationship with Moscow, as Beijing has emerged as a major player with the ability to mitigate the economic damage caused. by the West. sanctions on Russia.

In recent days, Chinese customs authorities announced the lifting of import restrictions on Russian wheat, while analysts said it is a sign of support through which China intends to make it clear that the sanctions are ineffective.

Win-win or everyone loses?

Perhaps China’s position on the Ukraine war will spare it many future dangers and challenges, since the paths of war are open and Beijing will have to deal with the “weak victor” in the future.

What matters to Beijing is the ability to deal with all future possibilities, try to turn any crisis into an opportunity, and invest it in the realization of the Chinese project.

This project that announces a win-win policy, while wars usually perpetuate a loser-lose reality. All parties to the conflict are usually defeated, and the third party is the third party that benefits from the results and consequences of wars .

Will Beijing still be able to hold the stick from the middle? Especially that economic conditions are getting worse in the world, and there are thousands of companies that have gone bankrupt in Europe and America, while Chinese companies have returned to production strongly and very quickly, which will help China to bridge the economic gap between itself and the United States of America, and fifth-generation technology will play a major role in that.

Part of the future of the world will depend on whether or not China is able and willing to bear the expense of leading the world. China today is not just a great player. China is today the biggest player in history.