A front will cross the northern third over the weekend, leaving showers, storms and lower-than-normal temperatures in its wake 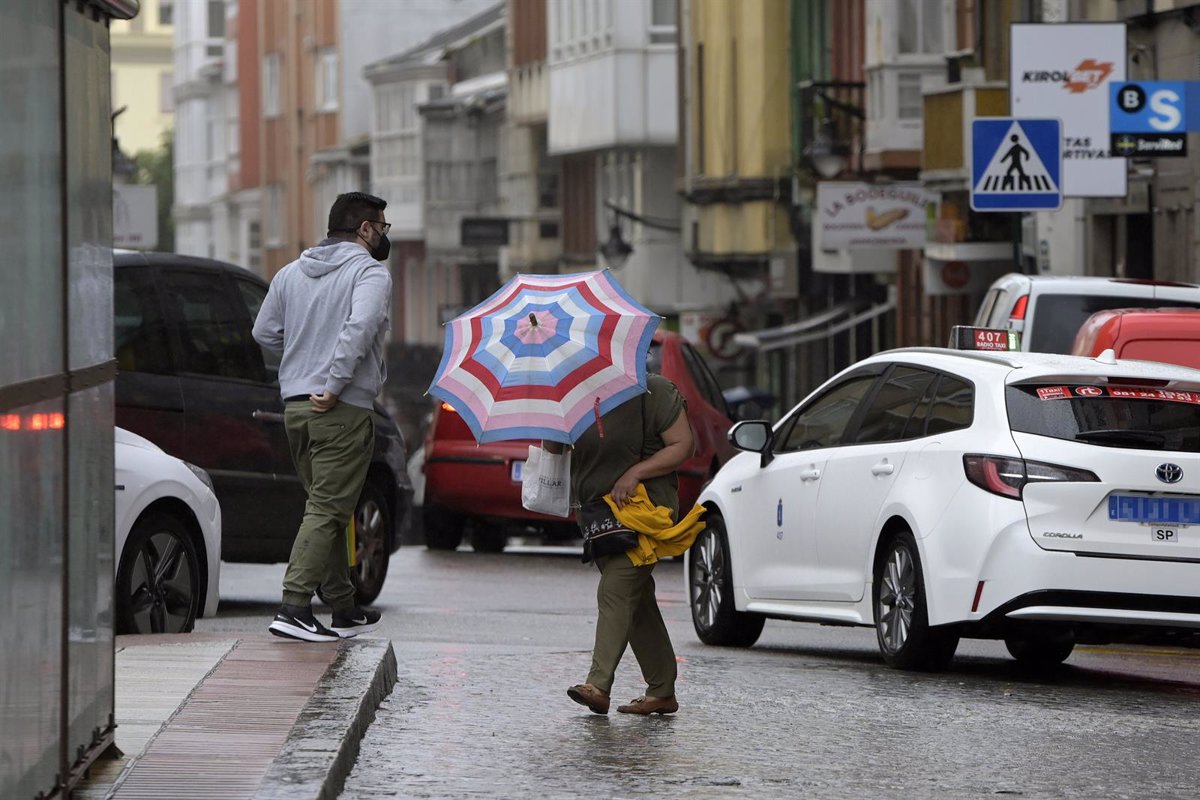 The last weekend of June will be marked by an Atlantic front, penetrating through Galicia this Friday afternoon and crossing the northern third over the weekend. In its wake it will leave showers and storms that will be heavy on Sunday, particularly in the northeast corner of the peninsula, and temperatures slightly lower than normal for these dates, according to the State Meteorological Agency (AEMET) forecast.

AEMET spokesman Rubén del Campo predicts that this Friday’s rains will affect Galicia and Asturias, which will extend to the rest of the Bay of Biscay, the upper Ebro, the Iberian system and the Pyrenees on Saturday, and clouds in the rest of the northern half and the area center.

As early as Sunday, the showers and storms will affect the north-east quadrant and be strong in the Pyrenees and northern areas of Aragon. Medium and high clouds are expected at times in the Balearic Islands and it does not rule out that dry storms will be registered on Sunday. As for the Canary Islands, the forecast indicates that skies will be cloudy, with probable light rainfall in the north of the islands with the most relief, although not excluded on the eastern ones either.

In terms of temperatures, these days will be mild, in contrast to last weekend’s heatwave extremes, and will remain below normal in the north-west third. In particular, they will tend to rise on the Atlantic slope but fall in the Cantabrian area, the Ebro Valley and the Mediterranean.

Looking ahead to next week, the transition between June and July, clear skies and dry weather will prevail in most of the country. Despite this, instabilities will continue on Monday in the north-east, which will continue to leave showers and storms in northern Catalonia and Aragon, as well as weak precipitation in the Bay of Biscay and the Valencian Community.

Cloudy skies and precipitation are expected in the northern third between Wednesday and Friday, spreading west to east and affecting northern Galicia, the Cantabrian area, the Iberian system and the Pyrenees.

The spokesman expects July to come on Friday with increasing cloudiness in the Mediterranean region, but no rain.

Temperatures will start to rise on Tuesday 28 June but will fall again on Wednesday and Thursday, except in the Mediterranean. Towards the end of the week, with the arrival of July, they will increase again, reaching 35ºC in the Guadalquivir Valley.

As for the Canary Islands, this suggests that the trade winds will prevail and intensify and temperatures will change little. Cloudy spells and precipitation are expected with greater relief in the north of the islands.