A fourth round of negotiations, and Russia is the same in major cities. 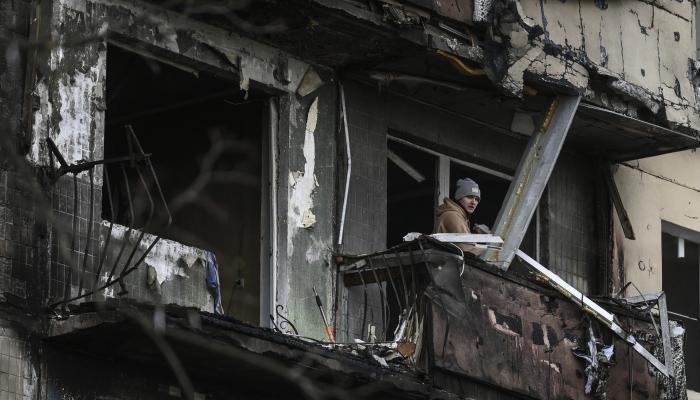 A fourth round of negotiations between Moscow and Kiev began on Monday, a senior Ukrainian negotiator announced, in light of the exchange of accusations of shelling and killing civilians earlier in the day.

The head of the negotiating delegation for Kiev and aide to the Ukrainian president, Mykhailo Podolyak, posted on Twitter a photo of video chats with Russian officials, describing the negotiations as “difficult” and noting that the two sides reviewed their “specific positions”.

He considered that “the reason for our differences is that we have two very different political systems”, considering that Moscow is practicing “an absolute repression of its society”.

This is the fourth session of negotiations between Podolyak and his Russian counterpart, Vladimir Medinsky, an adviser to the Kremlin.

The last three sessions were held on the Ukrainian-Belarusian and Polish-Belarussian borders.

This new round comes after a first meeting that did not produce any results and that brought together the foreign ministers of Russia and Ukraine last Thursday in Turkey.

Ukraine confirmed on Monday that it would once again request an immediate ceasefire and the withdrawal of Russian forces from its territory, after almost three weeks since the start of the Russian military operation on February 24.

Meanwhile, the Kremlin announced on Monday that the Russian military could take control of major Ukrainian cities as it moves into several major urban centers.

Kremlin spokesman Dmitry Peskov told reporters that Russian President Vladimir Putin had given orders to refrain from any direct attacks on major cities as civilian casualties would be high, but added that “the Defense Ministry does not rules out the possibility of placing major cities under his command.” total control.”