A flood of requests from Barcelona residents to install solar panels 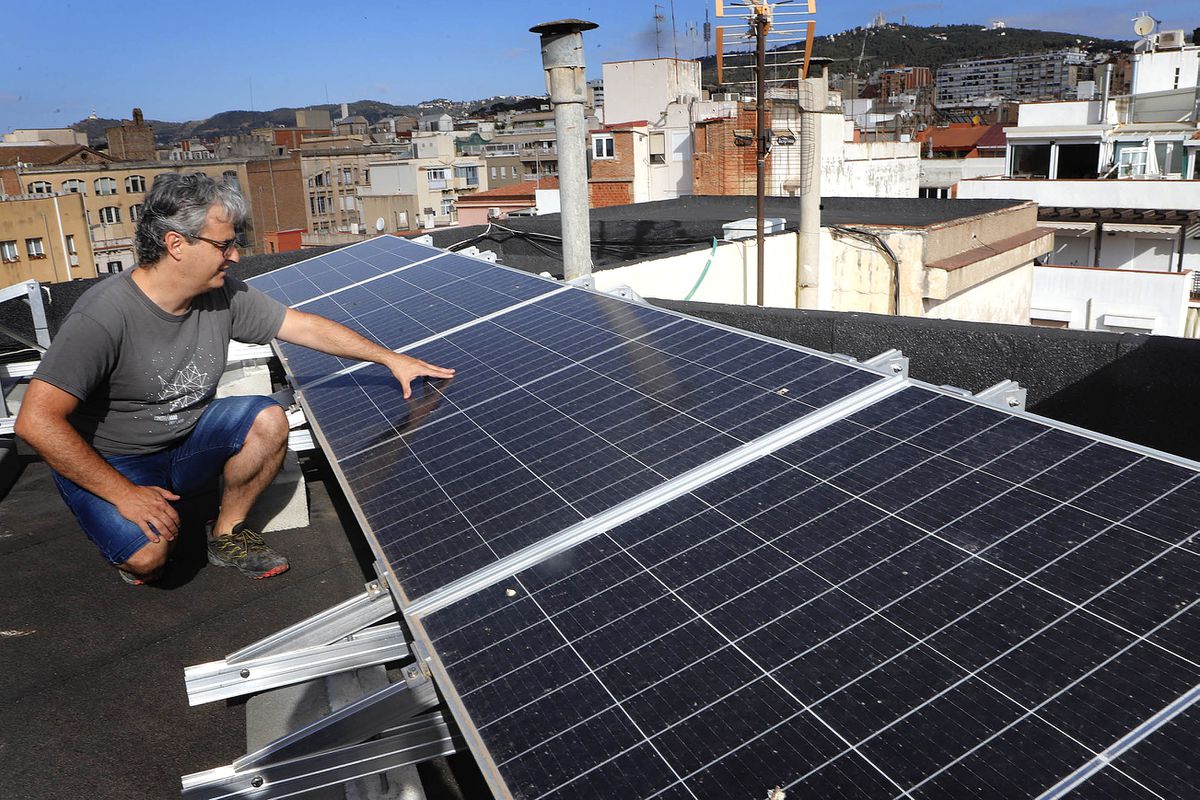 Some for the tax credits offered by the city council and the help that comes with next-generation funds. Others out of environmental awareness and because since 2019 self-generated solar power can be shared. Others because the price of electricity is going through the roof… Or all of a sudden. The point is that the interest of Barcelona residents in installing solar panels has skyrocketed, although this is not always possible due to the characteristics of the city’s roofs. These are systems that generate half of the electricity they consume themselves and can be amortized in three to six years.

Between 2017 and 2020, 209 photovoltaic projects were installed in buildings (single-family houses or apartments, with a total installed capacity of almost 1,700 kilowatts) in Barcelona. Between mid-May and June 23 alone, the city council received 347 inquiries from neighborhood communities. of these, 157 have evolved into specific studies. The association of real estate managers confirms the interest and in the plumbers guild they plan to triple the projects: they cannot cope and offer specific training for their professionals. A specialized company ensures that the inquiries quadruple. And all this indicates that there are delivery problems with some parts.

Demand has skyrocketed in Barcelona since the city council launched the Moment Solar campaign in May, hand in hand with installers and property managers. Cristina Castells, Head of Energy and Environmental Quality Services, explains that years ago the first people to be interested in photovoltaics were the residents of single-family homes. Now self-consumption projects for whole apartment blocks are on the rise due to changes in the law: a simple majority is enough to install the panels, they can share the electricity they generate themselves, and not all apartments have to participate.

“Now investment isn’t a problem,” he says of one municipality that is cutting building permits by 95% and offering a 50% IBI bonus for three years. “In a large building, the cost can be amortized in two or three years,” he says. The city council has trained six people, the promoters, who will accompany the farms. “We’re a little overwhelmed, but we’re happy about projects,” he says.

At the city level, the regulations of the General Metropolitan Plan or the Urban Landscape Ordinance prevent some projects (when pergolas have to be built on the roofs to use the space and raise the panels), so the City Hall is preparing an instruction to make it clear that it is not illegal work to collect impermissible quantities.

The manager of the Association of Real Estate Managers, Lorenzo Viñas, confirms that “the municipalities are very committed to the installation of photovoltaic panels” and assures that the installers and suppliers are “very saturated”. Viñas praises the public help and the “agility with licenses” and instead laments two setbacks. One is the market shortage of inverters (which convert DC to AC) due to the microchip crisis. And the other is the delay of operators like Endesa in installing photovoltaic containers.

triple the number of projects

“Demand is very high, people are very interested,” assures Daniel Carrasco, director of the plumber’s guild, and that the guild school offers specialized courses. “Demand has increased between 50% and 80% and we hope to triple the number of projects,” he says. “Previously, large installations have been done and there hasn’t been that much interest in residential self-consumption, but now it’s brutal,” he says.

Energy service company Adymus has been in the industry for some time and against the background of the breakthrough, it has decided to start projects in apartment buildings. The manager of the residential area, Joan Miralles, also praises the fact that “the administrations have pulled themselves together”. He assures that they have several meetings with neighbors each week: “Four this week; and all four approved the installation.” Demand has quadrupled, he estimates, and the acceptance rate is at 70%. It also warns of the lack of installers, inverters and Endesa’s slowness in installing photovoltaic meters. It can take seven or eight months, he says. When asked by the company, a spokesman admitted that there were delays, which they attributed in part to the necessary paperwork.

In the upper area of ​​Barcelona, ​​Manel Jiménez encouraged his entire community to place commemorative plaques in 2019. 20 neighbors: from the elderly to young people with children. “Everyone agreed and we were one of the first joint self-consumption communities,” he boasts. They spent around 3,000 euros per apartment, but reckon that they will be amortized in two years. Jiménez is happy with the project but criticizes the low price that companies pay for the surplus: electricity that is produced during the day and not consumed immediately. “It is a pity that part of the result of a private and public investment aid is bought by a company at a fifth of the low cost price and sold three times more expensive. There should be a count of these surpluses and a bag for future consumption,” he urges.

This neighbor says it’s difficult to calculate the savings in euros because prices have skyrocketed, but he assures that 50% of the farm’s consumption is kilowatts generated by the panels. And he explains that he encourages his neighbors to change their habits: “Don’t turn on the washing machine when it’s cloudy.” They put up 80 plaques in his yard: “Anyone who has space is stupid not to take the step, it’s good for saving, for the environment, it creates jobs…”.

Unlike this farm of 20 neighbors, those of Eduard Moreno from Gràcia did not dare, but they allowed him to set up plates for his own consumption. He did it a year ago when he came into the 10 apartment building and renovated his apartment. “One of the neighbors has already told me that she would now cheer up,” she says. There are four at home: “We calculated that we would have amortized the investment in eight years, but at the current electricity price we will pay off in six years and it will last us twenty.” In full sun and with five panels, it generates between 40% and 50% of their consumption. In winter, electricity generation drops to 30% of its consumption when there is less solar radiation.