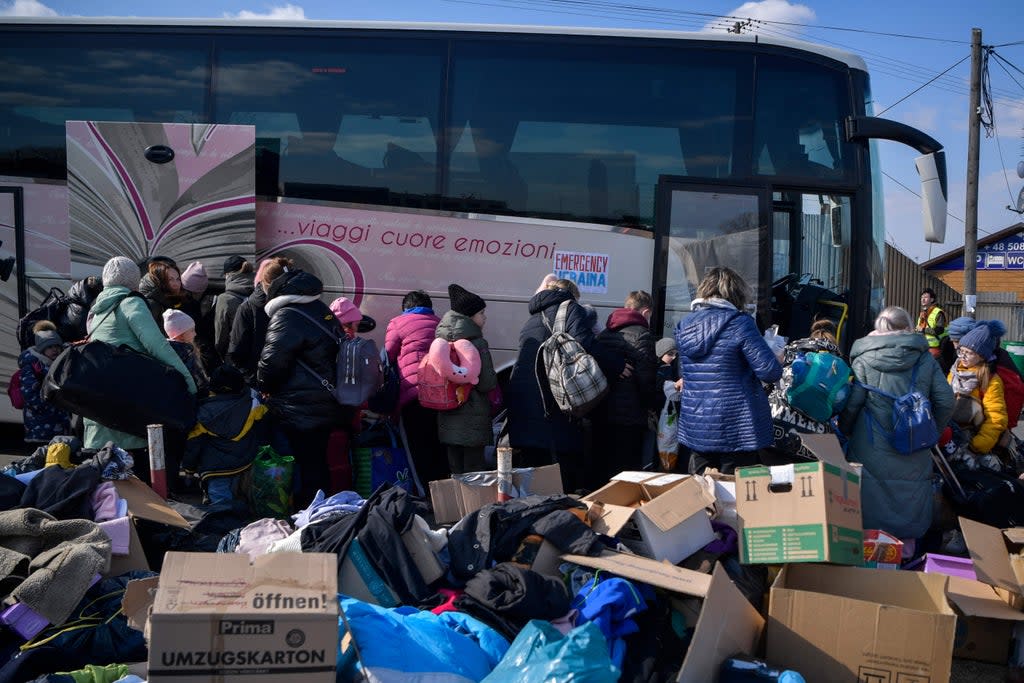 A five-year-old Ukrainian girl who fled the country after the Russian invasion has been killed by an 18-year-old man driving a van in Italy, local media reported.

The girl, identified as Taia, had arrived in Crotone last month along with her mother Luda, local news outlet Corriere reported.

Since the invasion of Ukraine on February 24, millions of Ukrainians have fled the country to escape the war.

On Sunday, Taia had left the country house where she was staying with her mother’s cousin for a walk.

She was accompanied by her 16-year-old cousin, also Ukrainian, and her boyfriend, also 16, when the incident occurred.

They were walking single file down a street around 6:30 p.m. when they were spotted by an 18-year-old man driving his truck toward them. On Wednesday, the 18-year-old was arrested on vehicular manslaughter charges, local news agency Ansa reported.

The man, whose identity has not been made public, allegedly deliberately drove his truck towards the trio in an attempt to hit Taia’s cousin’s boyfriend.

Local reports said he was interested in Taia’s cousin and was competing for her affections with the other teen.

The van hit Taia’s cousin’s boyfriend and the girl was thrown from her cousin’s arms and hit her head on the road and died instantly.

The man’s father reportedly called an ambulance and tried to take responsibility for the incident.

The 44-year-old has been charged with making false statements.

Local reports said the 18-year-old only had a provisional license and had been reported twice before for driving without a license, in March and August 2020.

While Taia’s cousin was not injured in the incident, her boyfriend was injured but is reportedly recovering.

The Independent has a proud history of campaigning for the rights of the most vulnerable, first running our Welcome Refugees campaign during the war in Syria in 2015. Now, as we renew our campaign and launch this petition in the wake of the development of the Ukrainian conflict crisis, we call on the government to go further and faster to ensure that aid is delivered. To find out more about our campaign to Welcome Refugees, Click here. To sign the petition Click here. If you want to donate, please Click here for our GoFundMe page.