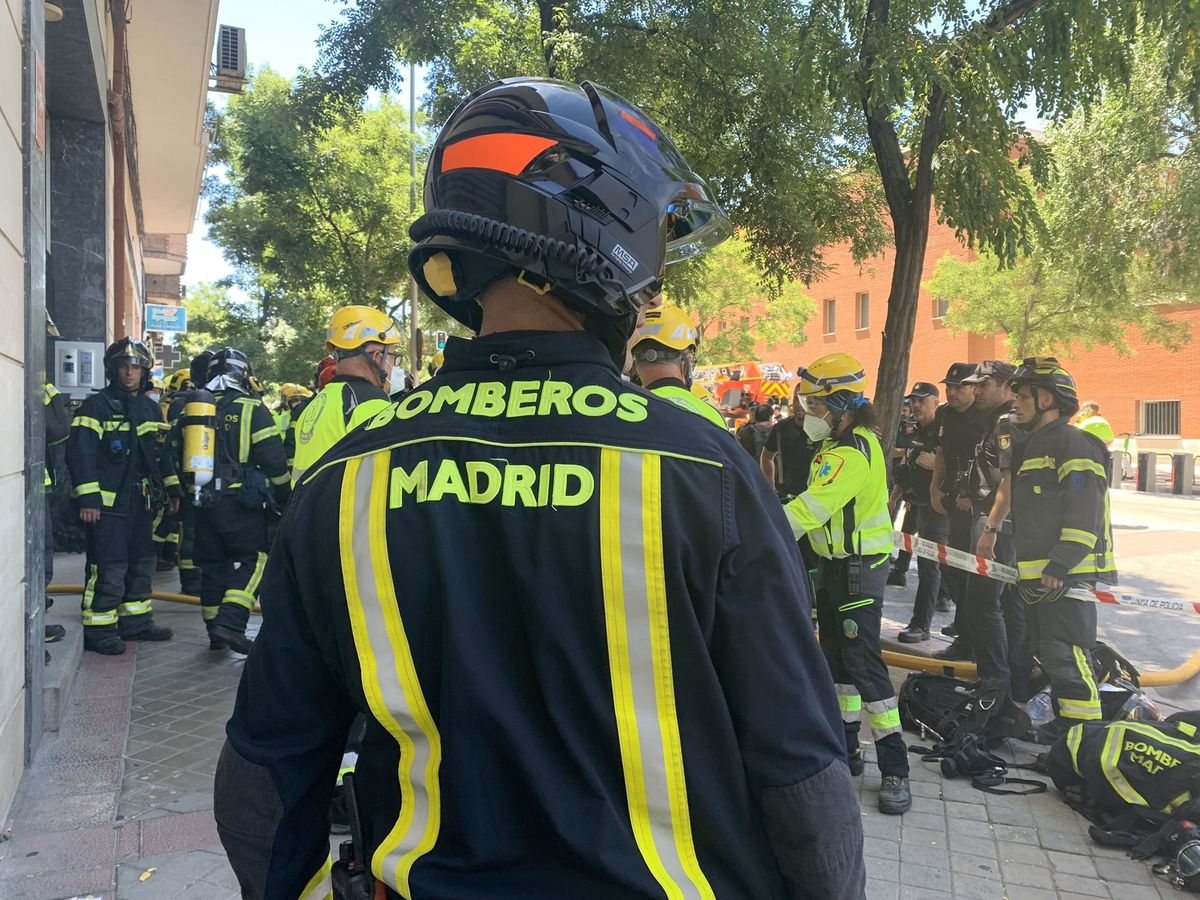 Judicial blow for the Madrid City Council. The contentious Administrative Court No. 29 of Madrid has endorsed a (first) firefighter who denounced not being paid the overtime he believed he was owed because he had been “activated 24 hours a day” since the pandemic began . Hours” even if the alarm condition has cleared. Two years in total. This meant he had to have his phone on at all times, even on his days off, and he couldn’t stray too far from the community, even on holiday, as he had to be at his desk in 40 minutes from work (60 if warranted ) when invoked. The fireman calculated, according to the law containing the duties and obligations of civil servants, that the consistory owed him about 100,000 euros. And the judge approved it, according to the judgment to which EL PAÍS had access and which can still be challenged: “as working time, the time on duty in a non-present availability regime.” In other words, for activation between March and June 2020, the City Council will have to pay him 20,739.88 euros, so the official hopes that he will be in this situation (between June 2020 and March 2020, when the second judgment comes out 2022) should You get the originally estimated amount.

That extra payment, caused by the emergencies chief’s refusal to close an order he issued early in the pandemic, may cost the José Luis Martínez-Almeida City Council dearly. There are 83 victims – including officers and non-commissioned officers – 20 of whom have already made the same claims as the first officer and are awaiting trial. “Now with that sentence, there’s a spate of complaints that follow the same steps,” admit fire department sources. The total amount that the city council could be obliged to pay can reach up to eight million euros. According to Consistory sources, the legal services “are reviewing the current court order and the appeal is being prepared” as they have a 30-day deadline.

The officers and non-commissioned officers have been “accessible and available” around the clock without exception for two years and therefore cannot leave the Madrid region. Everything was due to the direction of the general director for emergencies, Enrique López Ventura. The reason given: the pandemic. As an essential service, on March 15, 2020, the High Office on which the capital’s fire service and Samur Civil Defense depend has issued an order (later extended several times) that these firefighters must be on duty 365 days a week, year “activatable” for what might happen. It didn’t matter that the state of alarm ended on May 9, 2021 and that doctors, nurses, health workers, politicians, even the President of the Autonomous Community of Madrid, Isabel Díaz Ayuso, or the President of the Government, Pedro Sánchez, relaxed their schedules and were able to Leave Madrid region at will. These firefighters couldn’t do it. And it didn’t matter that they wrote to the boss asking to close that directive when the state of alert ended.

Until this newspaper published the complaint of those affected last February. At the time, López ordered Ventura to close that order. Only two years had passed.

The director of emergencies then defended himself before closing the order, denying the major. He argued that it was an indispensable service in an exceptional situation and that of course the consistory did not have to pay anything. “The Fire Department of the City Council of Madrid prevents such a measure for officials in view of an existing obligation, whether or not there is a pandemic, which has already been established by decree since 1984,” he said at the time.

However, that was a half-truth. In times before the pandemic, the firefighters of Madrid worked 24 hours a day in shifts and had a company phone for these days. That way they can afford to turn it off when they post. However, if they were called up during those two years and failed to show up at their place of work one day of the week and within the allotted time, they could commit a serious or very serious disciplinary offense punishable by “permanent removal from office”. ‘, which can be punished with up to six years without employment and salary under the disciplinary regulations governing the duties of public servants such as firefighters.

In any case, the complaints came some time later. According to several of those affected, the firefighters and non-commissioned officers initially followed the instructions because they believed that the measures would have to be extraordinary in an exceptional situation. But when the health situation eased for everyone and both their superiors and top political leaders could afford to sever the connection, they were bound by an order their superior refused to close.

Several of those affected initially applied in writing for the instruction to be closed. This newspaper had access to the Director of Emergencies’ own response to several firefighters who, before filing the lawsuit in court, decided to file a reconsideration request that qualified as an appeal. That happened a year and a half ago. In that reply, the Chief of Fire Services insisted that it was an essential service and that, of course, extraordinary watches would not be paid.

“It’s one thing to take care of claims outside of the work shift and quite another to provide the service, which is to be located and available in an activatable situation,” López Ventura told this newspaper in February. “In no case will financial compensation be determined. The way in which this part of the guard will be calculated, which is part of their normal working day, will be determined and no extraordinary remuneration will be paid,” he stressed in a statement sent to this newspaper through a city council spokesman. “The agreement on the working conditions for the staff of the technical scales of the fire brigade does not regulate the remuneration of extra shifts for personnel who can be reached without providing a service.”

Sources in the distressed area now add that the Madrid City Council’s municipal emergency response plan (PEMAM) was activated at orange level long after the state of alarm went up and that is why the order was kept open. The orange level represents the first level of activation in the event of a risk or emergency situation requiring extraordinary action by municipal troops. “Two years in a row are nothing extraordinary,” defend several of those affected.

The crux of the conflict, therefore, centered on one question: should one pay (or demand) to be always available? The disputed Administrative Court No. 29 in Madrid sees it this way and is reflected in its judgment.

The city council now has 30 days to appeal. And predictably, it will be the Supreme Court that will decide without going through the Madrid Supreme Court, given that the judge applied Article 86 of the Law of Contested Jurisdiction, understanding that the judgment contains a lesson that can be seriously harmful the general interest and that more are affected than can comply with the judgement. If the emergency director’s “stubbornness” is confirmed, according to some of his subordinates, it could cost the state treasury around eight million euros. The spokesman for the government’s Security and Emergencies Department, headed by Inmaculada Sanz, declined to say whether he will demand any responsibility from López Ventura.