A drawing by Picasso, which a man was carrying as hand luggage, intervened in Ibiza 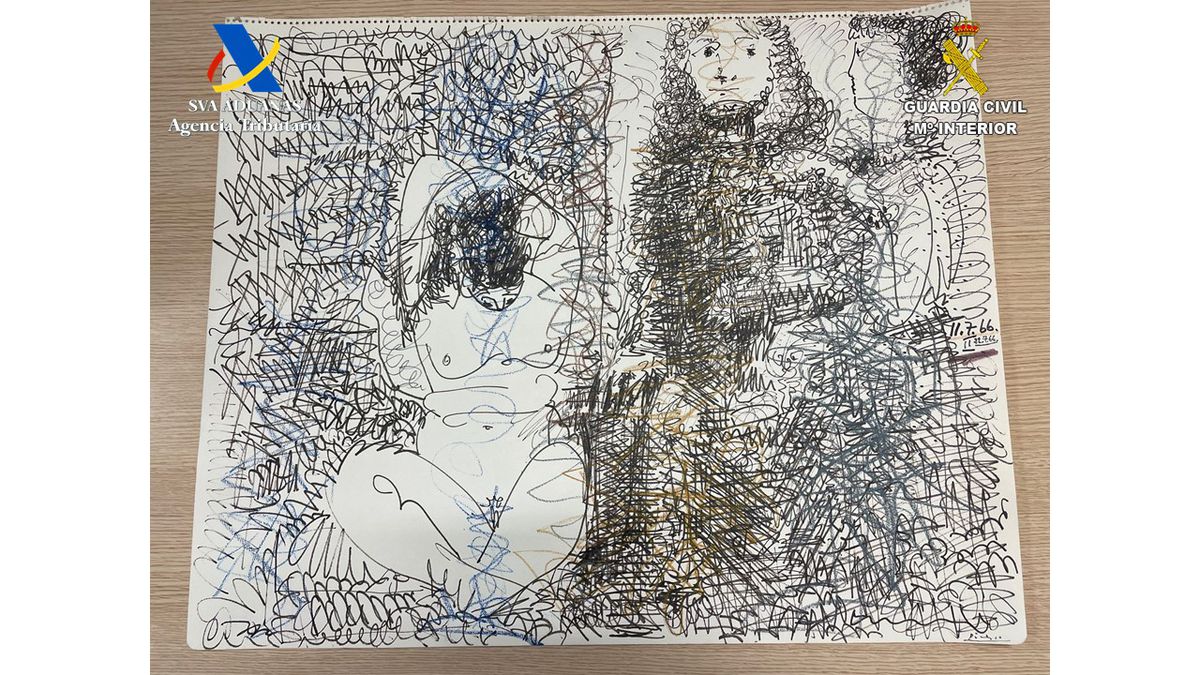 In a cardboard cylinder as hand luggage. This is where the customs officials from the tax authority and the agents of the Ibiza Airport Civil Guard found work three characters of the painter Pablo Picasso, which a traveler of Mexican nationality, who came from Switzerland, tried to import into Spain without registration. The man was charged with an alleged smuggling crime because he had tried to get hold of the item without declaring it, thereby avoiding paying customs duties, import sales tax and the administrative declaration requirements to which the goods were subject. The Ministry of Finance and Public Administration has informed. The 1966 drawing is now guarded by Ibiza’s Investigative Court No. 4, which has jurisdiction over the investigation.

On July 5, Swiss Customs alerted the Permanent Operational Coordination Center of the Customs Department of the Tax Agency that a traveler who had embarked in Zurich for Ibiza in the afternoon was carrying a work of art that the Swiss country’s authorities had considered suspicious. The person claimed he was carrying a copy of a drawing, saying it wasn’t the original, but Swiss agents didn’t entirely believe his story and warned Spanish authorities to keep an eye out for the plane’s arrival.

After landing on the island, the passenger got off the plane and, when asked by the investigators, denied that he had to declare anything when passing through the controls for travelers from countries outside the European Union. With the warning from Swiss customs, the Ibiza agents stopped him and decided to check his luggage. Inside the cardboard cylinder they found the drawing signed by Pablo Picasso. However, the passenger downplayed this, again assuring them that it was a copy and even showing them a handwritten invoice allegedly confirming the purchase of this work for 1,500 Swiss francs (about 1,514 euros).

Agents continued to search the traveler’s belongings and found a bill from a Zurich art gallery worth 450,000 Swiss francs. In this document, the concept of the transaction was the work three characters, which corresponded to the work he wore. The agents intervened the paper over an alleged smuggling crime, imported into Spain from a non-European Union territory like Switzerland, with a value that exceeded the set legal limits of 150,000 euros.

Following the confiscation of the work, Customs entered into negotiations with the Directorate-General for Cultural Heritage and Fine Arts of the Ministry of Culture, who contacted an expert in contemporary art from the Museu d’Art Contemporani d’Eivissa, who reported that the work he had intervened was a picasso Original, with a market value equal to the 450,000 euros indicated on the invoice.

The definitive accreditation of the work will be forthcoming through more detailed reports, carried out using advanced techniques and by experts in the work of the Malaga genius. The drawing is now in the custody of the Ibizan court.