A defensive crisis in Egypt before a fateful visit to Senegal 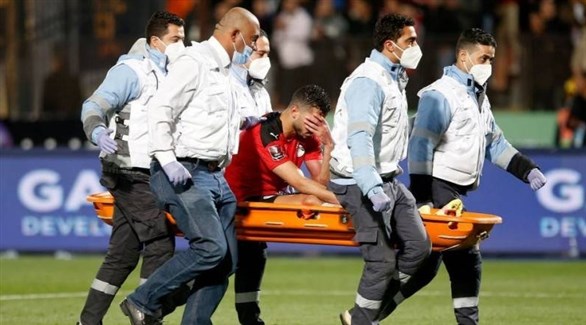 Egypt will lose the effort of the two main defenders, Mahmoud Hamdi “Al Wensh” and Mohamed Abdel Moneim, in the visit to Senegal, to play the second leg of the decisive World Cup qualifier, when they seek to confirm their 1-0 advantage in Cairo .

The Al-Ahly defender injured his nose during Friday’s match, was replaced in the first half by team-mate Yasser Ibrahim, and will undergo surgery to confirm his absence on the trip to Dakar.

As for Al Wensh, the Zamalek defender, he is absent due to suspension after receiving a warning for objecting to the referee’s decision.

With this, the defensive problems of coach Carlos Queiroz’s team were renewed, in the absence of prop Ahmed Hegazy, since he was injured in the African Cup of Nations about two months ago.

Queiroz told reporters after the match: “We will not go to Senegal with just two defenders, Yasser Ibrahim and Mahmoud Alaa, and we will call at least one other defender from outside the team to travel.”

And local media reported that Queiroz will include Ali Jabr and Ramy Rabia, from Pyramids and Al-Ahly.

Ali Gabr, 33, was a key player in the national team during coach Héctor Cuper’s tenure, taking part in the 2018 World Cup, while Rabia was plagued by injuries for a long period of his career, and his last international match was 5 years ago. .

Al-Ahly’s Ayman Ashraf is also good in the central defense role, as well as playing as a winger and in midfield, but he will most likely not start Tuesday’s match.

A draw away from Egypt is enough to qualify for the World Cup in Qatar, for the second time in a row, and for the fourth time in its history.