A decisive week… Will Bashagha enter Tripoli in peace? 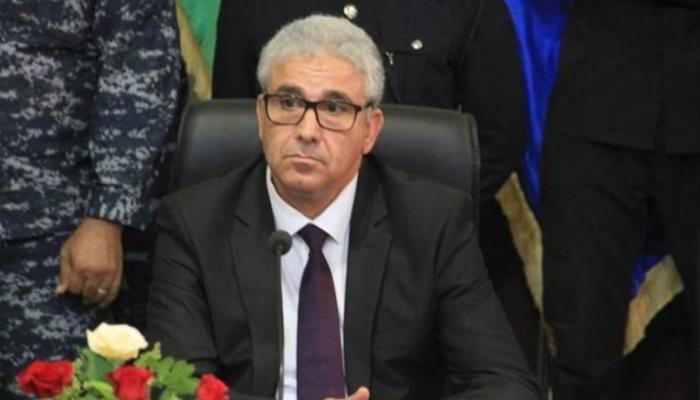 One day after announcing the failure of the Tunisian consultations, the stability government in Libya revealed that it would soon enter the capital, Tripoli, to carry out its duties.

These statements by the Prime Minister, Fathi Bashagha, announced the beginning of the fall of his predecessor Abdel Hamid al-Dabaiba, but revealed “fears” that awaited the capital, Tripoli, especially if it insisted on its “obstinacy” and refused to hand over power.

Although Bashagha did not reveal his plan to enter Tripoli peacefully, international parties support what the Libyan official said, rejecting a military solution, which gives the impression that an agreement has been reached, for the stability government to take over the seat of the government in Tripoli.

Why is the Libyan government delaying entry to Tripoli?

An agreement that the next few days can support or deny, according to Libyan analysts whose opinions were polled by “Al-Ain News”, and highlighted that this week could be a watershed, in the “crisis of the two governments”, especially that the month of Ramadan is at the door.

Furthermore, Libyan political analyst Ahmed Al-Mahdawi said in an interview with Al-Ain Al-Akhbar that the countdown to the previous Dabaiba government has begun, noting that what he described as attempts to “pay off debts” with government money failed town.

The Libyan political analyst stressed that the United States of America will not allow the war to return again, especially in light of the events in Ukraine, noting that it will press Dabaiba to comply without dragging the capital Tripoli into the fight.

Al-Mahdawi’s statements were approved by the Libyan political analyst, Ayoub Al-Awjali, who noted that Bashagha’s statements give the impression that the latter did not reach a direct agreement with Dabaiba to take over the headquarters in Tripoli, or that there are international promises that he obtained, which prompted him to make this claim.

Regarding the question of how, the Libyan analyst confirmed that the military option has become unlikely, otherwise it would have been resorted to from the beginning without waiting so long, and stressed that Dabaiba seeks to get out of the scene without a legal process and without opening files of corruption in his government.

After receiving the headquarters of the east and south of Libya… Will Dabaiba surrender?

He continued: “If this is guaranteed, the handover process will be achieved, especially with the pressures facing Dabaiba in particular and his government in general”, noting that the former prime minister had no choice; Every day a man loses a political card.

On the international situation, Al-Awjali said that there is a blurry picture for Western countries. International statements and positions change suddenly, but he stressed that these positions can put Dabaiba in a real bind that would push him to resign.

He pointed out that the “failure” of the Tunis consultations called by the United Nations, after their rejection by Parliament, could push the UN envoy, Stephanie Williams, to agree with the House of Representatives on the twelfth constitutional amendment, which it would certainly strengthen Bashagha’s position. .

For his part, Jamal Amer, a Libyan human rights lawyer and political analyst, said that Bashagha and his government ministers continue to insist that he will enter Tripoli peacefully, but there are no indications to confirm this. The opposing party remains “stubborn” in handing over the government.

Pushing to get out of the bottleneck. Will the “obstacles” prevent Dabaiba from resolving the Libyan crisis?

The Libyan analyst confirmed that, given Dabaiba’s refusal and Bashagha’s insistence, all options exist, hoping that this week will witness the scenario of handover and handover of power before Ramadan.

He pointed out that there are great efforts by Misrata to defuse the crisis, emphasizing that if the two conflicting parties were not from this city, the fighting would have broken out from the beginning.

Amer explained that the UN envoy, Stephanie Williams, meets with the two parties and gives both indications that the international community supports him, which has increased Dabaiba’s insistence on his intransigence in handing over power.