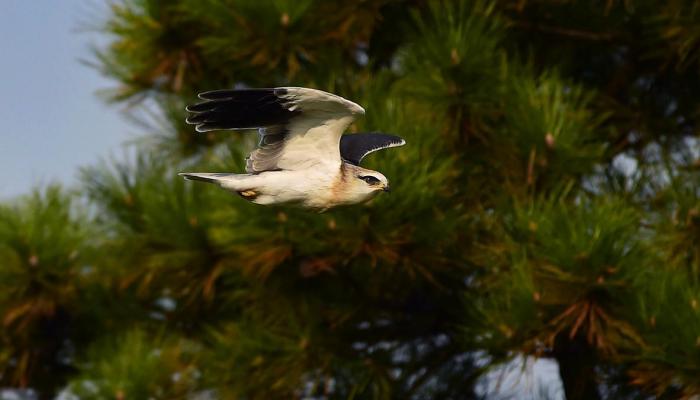 A recent study revealed, this Wednesday, a decrease in the number of birds of prey due to poisoning caused by lead in hunters’ ammunition.

The lead in the ammunition used by hunters causes a decrease in the number of birds of prey in Europe by at least 55,000, since this metallic chemical element contaminates their diet.

This study was carried out by researchers at the University of Cambridge, and was considered the first to quantify the effect of these poisonings across Europe.

The study was based on analyzing lead concentrations in the livers of 3,000 raptors of 22 species found dead or dying in 13 European countries: France, Germany, Austria, Hungary, Spain, Portugal, Italy, Poland, Sweden, Denmark, Switzerland, Britain. and Greece.

The researchers concluded that lead poisoning from hunters’ ammunition causes a 55,000 decrease in the skies over Europe among ten species of birds that feed on live prey and carrion, compared to their numbers without lead poisoning. .

The study indicated that the number of these bird species is currently 6% lower than it would have been without the effects of lead, explaining that this substance causes birds infected with it to die a “slow and painful” death.

The researchers observed, for example, that the number of white-tailed eagles is 14% lower than it would have been if they had not been exposed to lead for more than a century, while this percentage is 13% in golden eagles. , 12%. in griffon vultures, and 3% in common birds such as the red horse or the marsh harrier.

The percentage in common harriers is less than 1.5%, but this low percentage is equivalent to 22,000 birds due to the intensity of the dispersal of this species.

The researchers found that there is a relationship between the density of hunters and the number of birds of prey poisoned.

They considered that “the fact that no lead-poisoned birds of prey were found in Denmark after the country banned lead ammunition in 1996 shows that the lead causing the problem comes from hunters’ ammunition,” according to the author. main of the study. Professor Reiss Green told AFP.

In a statement, Green stressed that “the level of decline in raptor numbers” revealed by the study “would have prompted strong action, especially at the legislative level, if it were the result of habitat destruction or deliberate poisoning.” “. ” “The avoidable suffering and deaths of many raptors due to lead poisoning should be reason enough to mandate the use of non-toxic alternatives,” said Debbie Payne, co-author of the study, who highlighted the urgent need for action in this regard. respect.

The study indicated that hunting is responsible for the spread of some 14,000 tons of lead each year in the European Union.

The European Union and Britain, in turn, intend to ban all types of ammunition containing lead, according to the study’s authors, but European and British authorities face opposition from hunting groups to such a move.