A constitutional commission to draft the electoral law 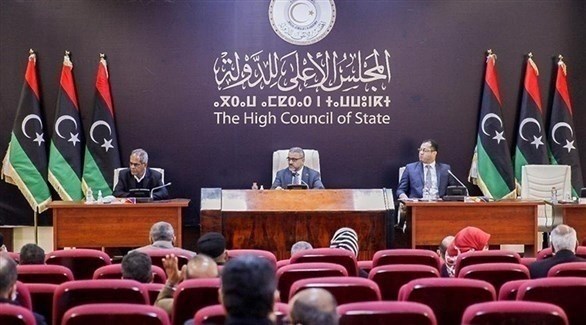 Today, Monday, the Supreme Council of State in Libya held an official session in the presence of 56 members, including the president and his two deputies.

The council’s official spokesman, Mohamed Abdel Nasser, told the German news agency that “the council chose the required number of the committee in consultation among the members and voted on its members after several members were nominated to serve on the committee. “

He pointed out that “the selection was not made based on the initiative of the UN Counselor, Stephanie Williams, nor on the roadmap of the House of Representatives, which was rejected by the Council of State in the session of February 24 (February) past. but in the consensus of the members of the Council of State”.

Abdel Nasser noted that “the selection of the committee was made in consultation within the council chamber, and that the number chosen by the council guarantees a greater representation of regions, cultural components, women and youth.”

The Counselor to the Secretary General of the United Nations, Williams, had presented an initiative to the House of Representatives and to the State, based on the selection of a committee of 12 members to elect equally between the two Chambers (6+6) and formulate the constitutional rule for elections.

On the other hand, the roadmap approved by the House of Representatives stipulates the selection of a commission of 24 members in equal parts (12 + 12), to review and reform the controversial articles of the draft constitution and present it to the Electoral Commission for a popular vote. referendum.

- Advertisement -
Share
Facebook
Twitter
Pinterest
WhatsApp
Previous articleLower Saxony and Bremen: Zoo am Meer in Bremerhaven is planning an extension
Next articleThe 5 best foreign films about murder, among which Death on the Banks of the Nile stands out