A conflict of a different kind.. 4 awards ignite the career of Al-Ittihad and Al-Hilal in the Saudi League 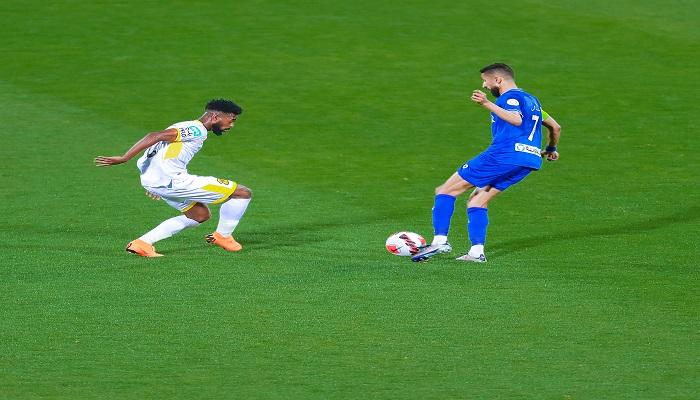 4 awards ignited the fight between Al-Ittihad and Al-Hilal teams for the title of the Saudi Professional League this season.

Al-Ittihad is at the top of the table saudi league With 60 points, they are 11 points clear of second-placed Al Hilal, but the Blue Team has a chance to get closer, having played two fewer games.

After the competition was stopped until the end of next May, due to the international suspension and then the AFC Champions League matches, the Saudi Professional League revealed the prizes for the best in the competition during the month of March.

The Al-Ittihad and Al-Hilal teams shared the four awards that the Saudi League announces to the winners each month, with the “Brigade” receiving two awards, and the same for the “leader”.

The award for best coach went to Argentinian Ramón Díaz, coach of Al Hilal, who took charge of the team last February, while the award for best player went to Nigerian Odion Ighalo, who joined from Al Shabab in January past.

Odion Ighalo took the lion’s share of those goals, as he scored 5 of 11 “Brigade” goals in the 4 games in March.

Grouhy played 4 games for Al Ittihad in March, during which he conceded 3 goals, conceding less than one goal in each game, and kept a clean sheet in two games.

Al-Shanqiti managed to contribute with Grouhy and the rest of the players to lead Al-Ittihad to 3 wins during the month of March, against a single loss against Al-Hilal.