A Canadian fighting in the Ukraine. He knows the “ghost” sniper 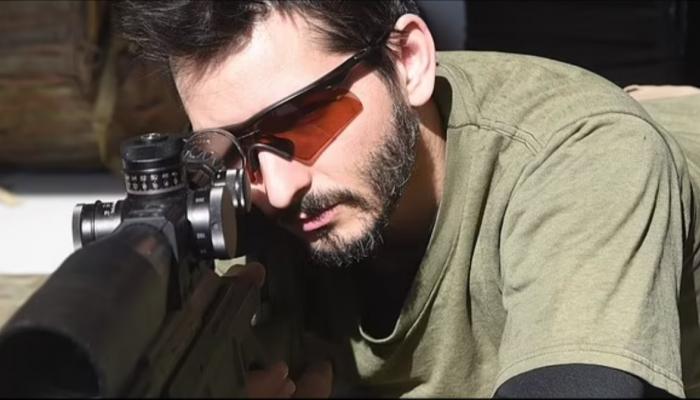 The “scary” sniper or the “ghost of kyiv” is what they call the ex-Canadian soldier “Wali” fighting in Ukraine, so what is his story?

“Wali”, who a few days ago was informed by the media and social media platforms, the news of his death in the battles between the Ukrainian and Russian forces, came out to announce that he was alive, but revealed that he was almost killed. in an artillery barrage of the room next to him.

On the news of his death, the soldier who served in the 22nd Royal Canadian Regiment, a famous body of mostly French Canadian soldiers, said he found out when he returned from the front.

In confirmation of his words, the Ukrainian Foreign Ministry published a tweet, accompanied by a photo of him, on Thursday, in which he said: “A Canadian Governor and one of the most incredible snipers in the world. Now he is fighting for Ukraine.”

And one of the tweets on Twitter, a few days ago, claimed that the Canadian sniper “was killed by Russian forces just 20 minutes after entering the battle of Mariupol.”

In response, he said, he was actually hundreds of kilometers from the city of Mariupol, which is surrounded by Russian forces, when news of his death circulated.

“I have never seen Mariupol in my entire life,” he told The National, speaking from an undisclosed location.

Ukrainians are calling the unknown Canadian soldier the “Ghost of kyiv” after he appeared in videos showing heavy fighting.

“Wali”, who is said to have an uncanny ability to shoot from a distance of 3.5 kilometers, claimed that he received calls in his first week on the front line, but has yet to fire a single shot from his sniper Sako. TRG 42. rifle.

He is convinced that “when you are a sniper, you don’t want to shoot all the windows all the time, but you are waiting for a wonderful opportunity that I haven’t had yet.”

Wali, who served with his country’s forces in Afghanistan, Syria and Iraq, traveled to Ukraine in response to President Volodymyr Zelensky’s call for foreigners to fight on their country’s side, leaving behind his wife, young son and his comfortable job as a computer programmer. .

The man promised to continue fighting until the end of the war, to return to Canada and his programming job.