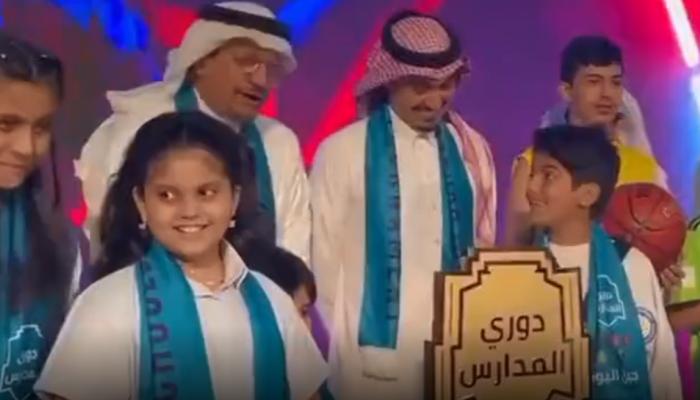 The “holiday in Ramadan” is what worries thousands of students in Saudi Arabia, causing a child to ask the Minister of Education a question, causing a stir on media sites.

During the opening of the School League Championship in Saudi Arabia on Wednesday, Saudi Minister of Education Dr. Hamad Al-Sheikh was asked by a student when the young man turned to him as they stood to take the commemorative photo: “Is it normal for a Ramadan holiday…?”, to which the minister replied with a laugh: No, normal, you have to study, Ramadan is a month like every month.

Pioneers of social networking sites in Saudi Arabia circulated the hilarious video and some of them demanded that students receive “distance study” in the holy month.

And the Ministry of Education announced, on Wednesday, according to the Saudi Press Agency “SPA”, that the start of the school day for the holy month of Ramadan will be scheduled for all public schools within the Kingdom for the current academic year, as the school day starts from nine to ten in the morning, and this is according to the flexible system, that is, if the first class starts at nine in the morning, the school day is supposed to end at one in the afternoon, while if the first class starts at ten in the morning, the study ends at twelve in the afternoon, since the Ministry has set the class time at 35 minutes.

The Saudi Ministry of Education indicated that they will continue to work with these dates until the blessed holiday of Eid Al-Fitr.

#The Minister of Education From the opening ceremony of the third edition of the School League today
A student asks you for a normal vacation #ramadan He said no, it’s not normal