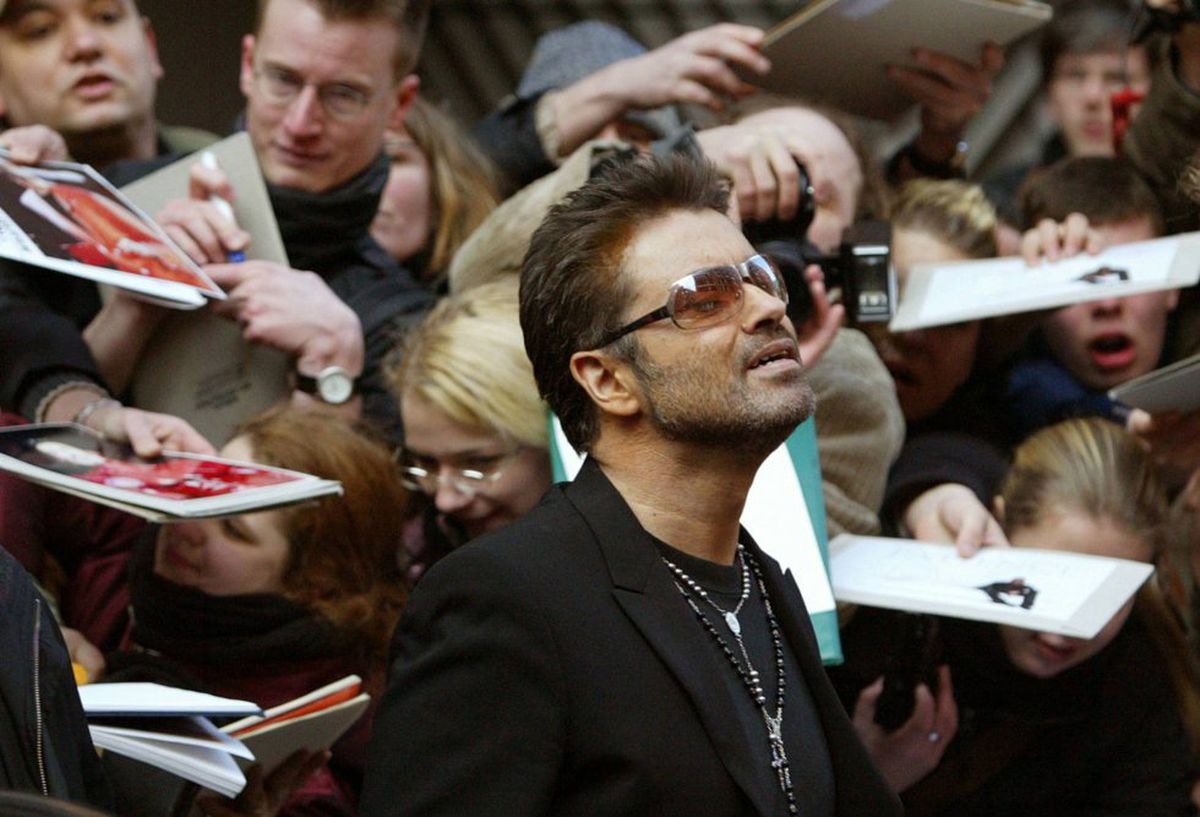 George Michael loathed fame and didn’t waste his time in interviews. During his 30-year career, he released only four studio albums as a solo artist. However, his character permeated popular culture and the singer’s fascination Believe arrived today. This is shown by the premiere of a documentary film and a book about his life, which are being released these days, just as the artist would have been 59 years old. The two projects deal with the figure of Michael from very different perspectives.

George Michael: Freedom Uncut is a film in which the musician himself collaborated with his old collaborator David Austin. It tells the professional career of one of the best pop voices from the eighties to 2016, the year of his death. It is narrated in the first person and features a partial version of the star. George Michael: One Life is a biography by journalist James Gavin which details and anecdotes the singer’s addiction to GHB or Liquid Ecstasy, his depression and addiction to sex. According to this account, Michael spent his later years sinking deeper into a quagmire of drugs and prostitution, alienating all his friends, including Andrew Ridgeley, the other half of the Wham! Gavin spoke to more than 200 of the artist’s friends and acquaintances to portray an emotionally fragile and insecure man. According to the author’s thesis, which is confirmed by several friends but disputed by his family, the interpreter did not die of a heart condition, as was claimed at the time, but of an intentional overdose. committed suicide.

The documentary focuses on the artist’s creative peak in the 1980s and 1990s, while the book focuses on the last years of his life, when his arrests made more headlines than his new songs. Both are pieces of a puzzle that the artist himself put together and then disassembled in front of the public for more than three decades.

It is difficult to understand the career of George Michael, who turns 59 on June 25, without delving into his biography. Born Georgios Kyriacos Panayiotou in 1963, he achieved world fame together with his school friend Andrew Ridgeley. Together they formed Wham!, a group adored by teenage girls and despised by critics. Michael enjoyed a worldwide fame that he never wanted to have. He felt undervalued as a writer, relegated to teen star status. He also didn’t like posing as a straight idol to sell records to the female public. It’s not that he wasn’t ready to embrace his sexuality, it’s that society wasn’t. In the 1980s, Elton John and Freddy Mercury were married to women. In Spain, Miguel Bosé walked hand in hand with Ana Obregón. Homosexuality was an extravagance that an artist could not afford Mainstream.

George Michael could not express his sexuality in private, but he represented it in public with a certain cheeky joy. In his later years, Michael said, looking back, that his sexuality was a mystery even to him, but that his music had always been honest. “The songs I wrote while I was with women were really about women, and the songs I’ve written since then have been about men,” he said. “So when it comes to my work, I’ve never been shy about defining my sexuality.” Because George Michael was sex and so was his music.

On his first solo album, he broke with his good-boy image to present himself as a sexually liberated man (in a story later emulated by many pop artists from Britney Spears to Christina Aguilera). His first solo song i want your sexIt was dedicated to a man, but the video clip featured his then-girlfriend, makeup artist Kathy Jeung. “Kathy had a crush on me, but she knew then that I was in love with a boy. I kept saying I was bisexual…” he explained in an interview with the British magazine in 2004 attitude. The song generated a lot of controversy for defending promiscuity during the worst years of AIDS, and its explicitly sexual message was censored on several radio stations.

For her second single BelieveMichael has recorded a video clip showing the imagination of the American macho (leather jacket, jeans, boots from cowboy) combined with close-ups of her butt swinging to the beat of the music. The singer asserted himself as a mature composer while sexualizing himself at the same time. The move reported him a planetary success. He started dating pop kings: Michael Jackson, Madonna, Prince… They all stood out at a time when music’s big stars defined an era. But only one made it by opposing the record companies and renouncing media exploitation.

If singers were kings, MTV was their palace. In the 1990s, a good video clip could increase a song’s sales and increase the popularity of its author. This was the moment George Michael decided to disappear. He hardly promoted his long-awaited second album, much less commercial and simple than the first. In the video clip that was supposed to showcase it, freedomgave in to prominence at five top models most important of the time. The video was directed by a newcomer, David Fincher, who, before revolutionizing Hollywood, was already revolutionizing MTV. It has gone down in history as one of the best video clips of all time.

Freedom: Uncut, the documentary presented these days, focuses on this creative phase of the singer. Some of the participants in this video, such as Cindy Crawford, Kate Moss, or Naomi Campbell, give interviews reminiscing about the character of Michael, and discarded footage that Fincher did not use is included in the footage. The documentary is narrated by the singer in the first person. It focuses on his artistic facet but does not avoid personal aspects such as the death of his mother and the death of his great love Anselmo Feleppa, who died in 1993 as a result of AIDS.

Both of these deaths had a devastating effect on Michael, causing a descent into hell that music critic James Gavin focuses on in his book George Michael: One Life. “He was a pathetic, lonely and broken figure,” the author affirmed. speaking to the British newspaper mirror.

George Michael didn’t come out of the closet, he was kicked out in the most shameful way. In September 2008, a plainclothes officer passed him in a public restroom in Los Angeles, California, and when the artist was playing along, he was arrested. A search found marijuana and crack. The former leader of Wham! He was fined $810, but the harshest punishment was that of the media. The tabloids on both sides of the Atlantic lashed out at him. It wasn’t the ’80s anymore, but a scandal like this could end any singer’s career. Far from being intimidated, he explained himself in the way he knew best with a song. The video clip from Outsidethe single Presentation of his compilation album, based on the famous incident. It featured several men dressed as police officers kissing in a disco bath and a press helicopter recording various couples having sex. Michael took control of the narrative, being sexual as always and honest as always.

But there was no song that could silence the news that followed. A few months later, the musician was arrested again after a car accident and found by the police “drenched in sweat” with “open eyes and dilated pupils”. It was his seventh arrest in 12 years. Galvin expands on this phase in his story, which was then presented in an incoherent and sensational way by the press, but is now put into context to understand the impulses of a depressed, lonely and frustrated man who took refuge in drugs and sex. “For Michael, GHB seemed like heaven sent,” the journalist writes of the drug, a central nervous system depressant closely associated with sex parties. “Apart from increasing his sexual compulsions, it made a depressed, self-hating man feel attractive; He brought joy where there was little. GHB gave him confidence […] but it also took him to a new and terrifying level of self-destruction.”

Galvin describes one of the music industry’s brightest stars as a lonely man who retired to his mansion with few friends and spent his days watching episodes of his favorite soap opera. Coronation Streetwhile eating whole jars of Haagen Daz ice cream and junk food and using GHB. The author assures that the singer threw parties with prostitutes and large quantities of drugs at his north London villa.

The journalist’s description matches what Kenny Goss, who was in a relationship with the singer between 1996 and 2009, said in an interview on the English show this week Piers Morgan uncensored, The art dealer said that everyone around him knew that Michael was going to die soon. “I spent a lot of time worrying about him,” he recalls. “What sentence does he say in one of his songs? He says, ‘I can see it in your eyes when you look at me like that, it breaks me in two.’ I do not know what to do”.

George Michael died on Christmas Day 2016. The official report states that the death was due to heart failure. Then his fans remembered him last christmas, a song many read as a Christmas carol, but what it actually tells is a sad tale, one of broken hearts, men who love secretly, and the difficulty of trusting their lovers. “All my songs are autobiographical,” the singer used to say.