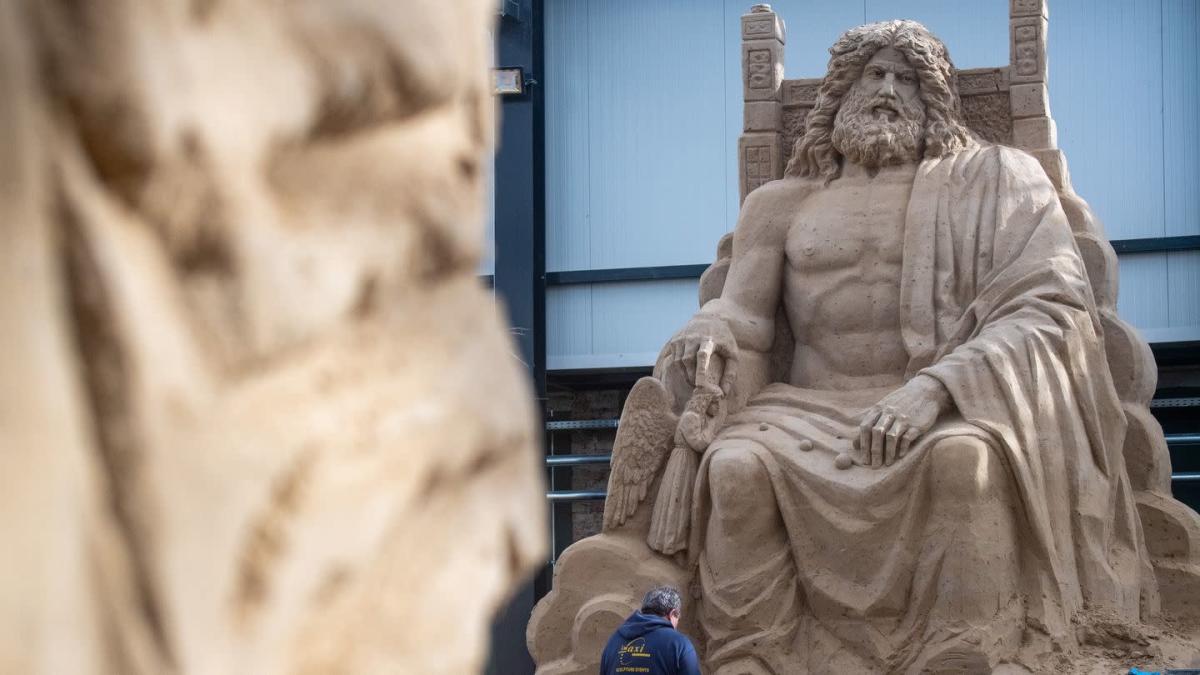 Binz (dpa) – In addition to long sandy beaches, the island of Rügen in the Baltic Sea has also been offering a show with impressive sand figures since Saturday.

The spectrum of motifs that can be seen in the new sand sculpture exhibition in Prora, on the outskirts of the Baltic Sea resort of Binz, ranges from Zeus, the father of the gods, to the astronauts of modern times.

The exhibition’s motto “What a wonderful world”, set long before the outbreak of war in Ukraine, now offers a kind of counterpoint to more recent developments.

Landscapes, characters from contemporary history, mythical creatures and scenes of regional customs are shown. According to the organizers, there were no limits to the imagination of the 28 artists from nine countries. Using shovels, scalpels, special tools and brushes, they had spent weeks peeling their sculptures from the piled mountains of sharp-grained sand. According to the information, more than 9,000 tons would have been boarded from a nearby gravel pit.

Look in the crystal palace

Since last year, the annual exhibition on Rügen has been held in a specially built “Crystal Palace”. For this purpose, the old tank rooms were reconstructed with an elaborate glass construction. Previously, the show was shown in tents. Thanks to the new address, visitors can now view the sand sculptures year-round, a spokeswoman said. In addition to the sand sculptures, more than 600 plants from around the world will also be displayed for the first time.

The new show was already well received on the first day with the best weather to walk around. The largest influx is expected with the start of the tourist season.

- Advertisement -
Share
Facebook
Twitter
Pinterest
WhatsApp
Previous articleDiversity of sports at the Paralympics: there is often a lack of competition for admission – Paralympics Zeitung
Next article“We are dependent, we are vulnerable, we are not sovereign”