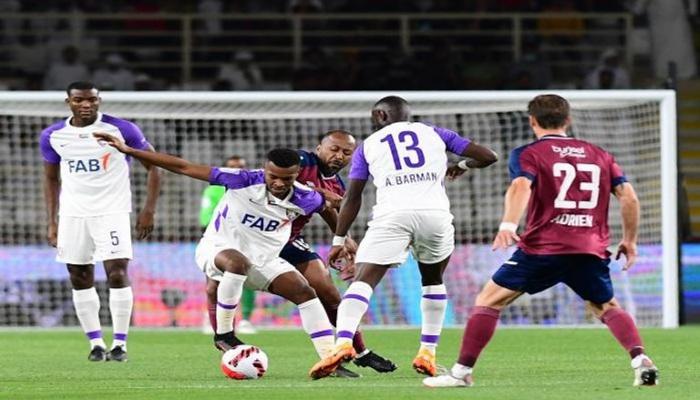 The Disciplinary Committee of the UAE Football Association imposed fierce sanctions on the Al Wahda and Al Ain teams, after the El Clásico match between them.

was Eye You have won Unit With a score of 1-0, last Saturday, at the Al Nahyan Stadium of the Al Wahda Club, on matchday 19 of the competitions ADNOC UAE Pro LeagueHowever, the match witnessed some squabbling after its completion.

The UAE Football Association Disciplinary Committee said that after considering the match observer’s report, the committee decided to issue a warning sanction to Al Ain club players Sufian Rahimi, Khaled Issa and Nasser Al Shukaili, and fined to each player with 25,000 dirhams for not showing sportsmanship.

The Disciplinary Committee also sanctioned Al Wahda club player Ismail Matar with a two-game suspension and a Dh200,000 fine for assaulting the opposing team’s player without the ball.

The committee also decided to sanction the Al-Ain club player, Eric Jurgens, with a three-game suspension and a fine of 150,000 dirhams for assaulting one of the stadium’s auxiliary elements “a security person”.

The committee also prevented the physical trainer of Al Ain Club, Jesús Otaola, from accompanying the team for 4 games, and imposed a fine of 75,000 dirhams, for his involvement with the aforementioned player and his aggression against the Al Wahda club fans, and the attempt to attack the technician. club staff.

The committee also sanctioned the Al Wahda and Al Ain clubs playing 4 games in their stadium without an audience in the ADNOC Professional League competition, because some of their fans exchanged throwing liquid containers and throwing them on the field, deviating from sportsmanship, going to the field and uttering inappropriate words.