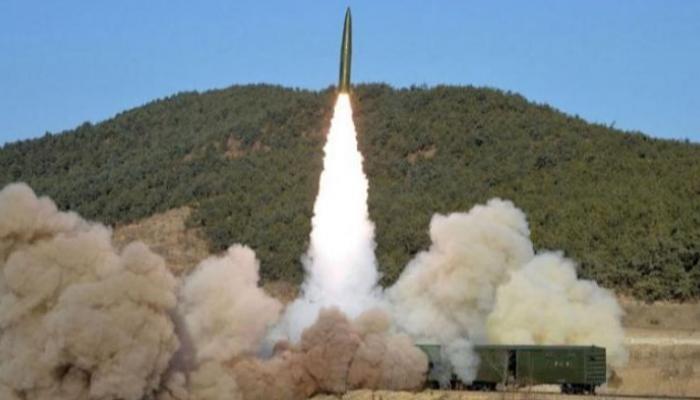 North Korea fired four projectiles into the Yellow Sea on Sunday, suspected of being rocket launchers, according to South Korean military officials.

The launch is the latest in a series of “tension-raising provocations” on the Korean peninsula, according to South Korea’s Yonhap news agency.

The agency said, citing military officials in Seoul, that South Korea’s National Security Council held an emergency meeting on the four shells, which fell into western waters over a one-hour period, starting at 07:20. am local time, from an unspecified location. location in the south of Pyongan province.

“Projectiles are believed to have been fired from North Korean multiple launch rocket launchers this morning,” a South Korean military official said.

“We maintain our defensive readiness while closely monitoring relevant developments,” the official added.

The North Korean government did not immediately comment on the Seoul report, and state media did not report any evidence the following day.

And last Thursday, South Korea said what is believed to be a ballistic missile exploded in mid-air shortly after it was launched from the international airport near Pyongyang yesterday morning.

The Seoul-based website NK News, citing anonymous witnesses, said that the remains of the missile fell in or near Pyongyang after the failed test.

Recently, North Korea’s missile tests have been repeated, amid tension with its southern neighbor, and in a turbulent global context due to the Russian-Ukrainian war.