4 factors. Why did Mohamed Salah’s shares rise in Barcelona? 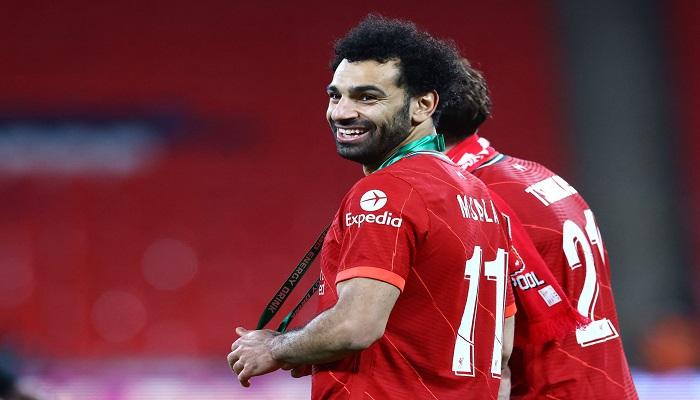 The Egyptian Mohamed Salah, a Liverpool star, has become a real option that Barcelona is looking for for next summer’s signings.

Barcelona seeks to strengthen its ranks with strong options to get back on track in the competition for local and continental titles, after a difficult period that saw the Argentine legend Lionel Messi leave in the summer of 2021 for Paris Saint-Germain because of the financial crisis

Barcelona put Mohamed Salah among their attacking options, especially if they failed to include Norwegian striker Erling Haaland, Borussia Dortmund striker, as well as the difficulty of implementing the idea of ​​kidnapping French star Kylian Mbappé, star of Paris Saint-Germain. Germain. that he is close to leaving for Real Madrid for free.

The Catalan newspaper, “Mundo Deportivo”, indicated that Salah’s shares are rising in the Barcelona transfer market, as he said in a text: “The Egyptian star is an ideal option if the attempts to incorporate Halland fail, that has everything in the Catalan club”. he is looking for. ”

Mundo Deportivo put 4 factors around their belief that Salah’s stock is going up at Barcelona, ​​most of it being his great goalscoring ability, as he has competed since his arrival at Liverpool for the Premier League’s top scorer. English, and the decision was able to compete in it for two seasons, and soon this season he will win the award, for the third time, he scored 20 goals.

The second factor is the great skill that Salah enjoys, especially in regard to his ability to keep the ball and create goals and not just score them, as well as a third factor related to marketing and the great popularity he makes that Salah contributes money to the club, in addition to the fact that the inclusion process will not cost Barcelona’s treasury much, since like Haaland, his contract with Liverpool expires in the summer of 2023.

As for the last factor, Barcelona manager Xavi Hernandez greatly admires Salah’s ability and personality as he speaks of him in a very positive light whenever he is asked about him.

It is noteworthy that Salah’s negotiations with Liverpool were paralyzed some time ago due to the player’s insistence on his economic demands, which the “Reds” administration rejects, since they do not want to exceed the salary cap in the club’s locker room.