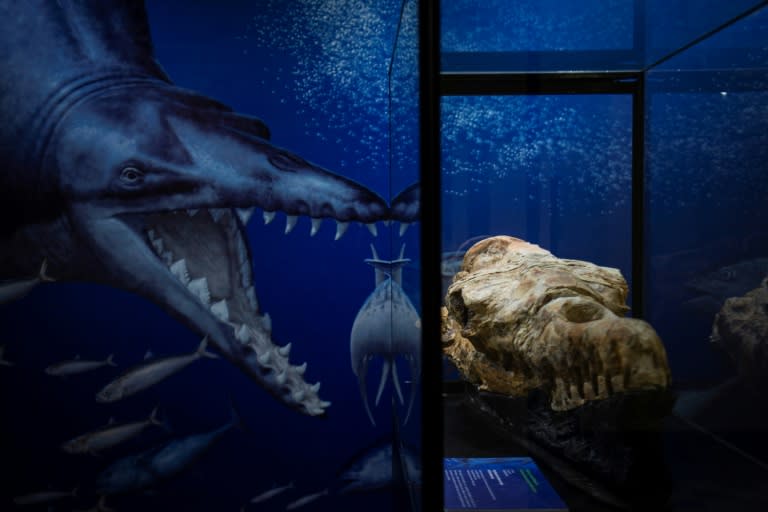 Scientists have found in a desert in Peru the fossilized remains of a prehistoric whale that inhabited the seas 36 million years ago. The skull of the Basilosaurus is preserved intact, paleontologist Mario Urbina assured this Thursday at the presentation of the fossil at the Museum of Natural History in Lima. Urbina led the excavations in the Ocucaje desert in southern Peru, where researchers made the spectacular find in late 2021.

Millions of years ago, on the site of the Ocucaje Desert, there was a sea in whose deposits the remains of a series of marine animals have already been found. The “Ocucaje predator,” as paleontologists call the Basilosaurus, was estimated to be about 17 meters long and used its large, powerful teeth to feed on tuna, sharks, and schools of sardines.

“This finding is very significant because there are no other similar specimens in the world,” said Urbina, a researcher at the Universidad San Marcos de Lima.

“This animal was one of the largest predators of its time,” said Rodolfo Salas-Gismondi, who heads the vertebrate paleontology department at the museum. Basilosaurus differs from other known early whales not only in its size, but also in its teeth. The researchers assume that it was a predator at the top of the food chain. The excellent state of conservation of the fossil is also exceptional.

The earliest ancestors of whales, such as Basilosaurus, evolved from land animals about 55 million years ago. By the end of the Eocene, 56 to 34 million years ago, their evolution from terrestrial to marine creatures was complete.