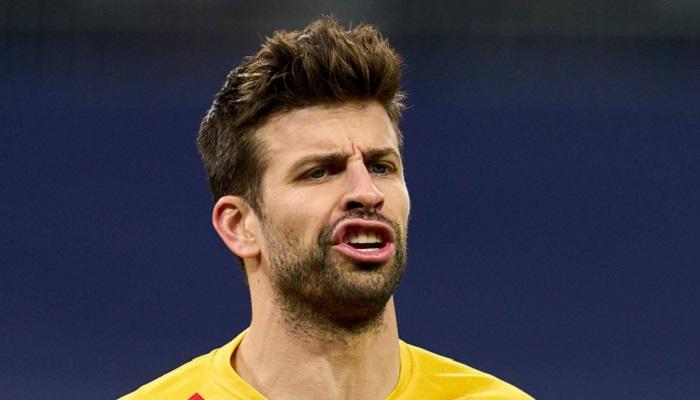 Barcelona achieved a landslide victory at the expense of Real Madrid at home, 4-0 at El Casico, which joined them on matchday 29 of the Spanish League.

As soon as the meeting between Real Madrid and Barcelona ended, Piqué went to the social network “Twitter”, to write 3 words announcing the return of his team to its previous era, where he wrote “We are back”, which means “We are back”.

In the last year, Barcelona has suffered wholesale financial and technical crises, in addition to the departure of the stars of the Argentine team, Lionel Messi and Frenchman Antoine Griezmann, and their early exit from the European Champions League and the competition for the Spanish League title. .

The Real Madrid fans made fun of Piqué after the tweet, to which one of the followers responded sarcastically: “I played again on Thursdays”, referring to the management of Barcelona to participate in the European League, whose matches are played on Thursdays, after saying goodbye to the Champions League, the most important tournament of the groups, which is played The matches are Tuesday and Wednesday.

While another Merengue fan responded to Piqué in the same mocking tone: “Hey Piqué? … How do you feel standing behind the leader with 12 points”, with a laughing emoji.

Barcelona is third in the Spanish league standings with 54 points, 12 points behind leaders Real Madrid, with one game postponed for the Catalan team.

In the same context, another fan commented on Piqué’s tweet sarcastically, saying: “I’m back in third place.”