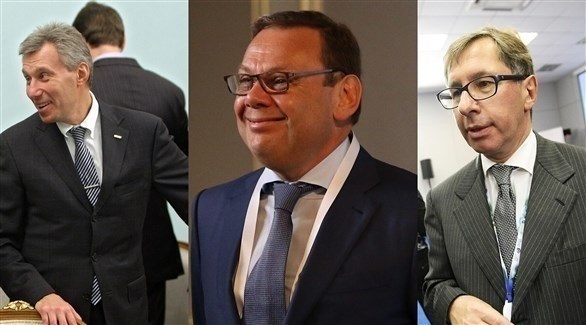 Three wealthy Jews suspected of having ties to President Vladimir Putin have resigned from a large charity they helped found after sanctions were placed on them following the Russian invasion of Ukraine, the group announced in a statement.

The GPG charity group said in a statement on Friday that Mikhail Friedman, Peter Aven and German Khan would step down from their roles with the group.

“To allow the organization to stay true to its mission and build on the foundations we have laid over the last 15 years, all three have resigned from the Board of Directors,” he added.

And international sanctions were imposed on the three wealthy men suspected of having ties to Putin.

Ukrainian-born Friedman, one of Russia’s richest men, and Russian-born Avin denied having “financial or political ties” to Putin.

The organization said it seeks in particular to “strengthen Jewish identity among Russian-speaking Jews around the world and promote understanding between Jews living in Israel and in the Diaspora.”

The organization pledged $10 million to help Jews “affected by the crisis in Ukraine.”

The president of the organization’s board of directors, Gennady Gazin Al-Jam’, indicated that he remains in his position, emphasizing that the resignation of the three rich will not have repercussions on the commitments of “Genesis”.

The Russian invasion of Ukraine exposed alleged links between Putin and wealthy Russian Jews like Roman Abramovich, who was sanctioned by the British government.

Recently, the Jewish Holocaust Memorial Foundation (Yad Vashem) suspended its association with this Russian billionaire, who is one of its largest donors.

Since invading Ukraine on February 24, Israel has been careful not to harshly condemn Russia’s attack, emphasizing its strong ties with Moscow and kyiv alike.