29 pilot whales die after being stranded on New Zealand beach 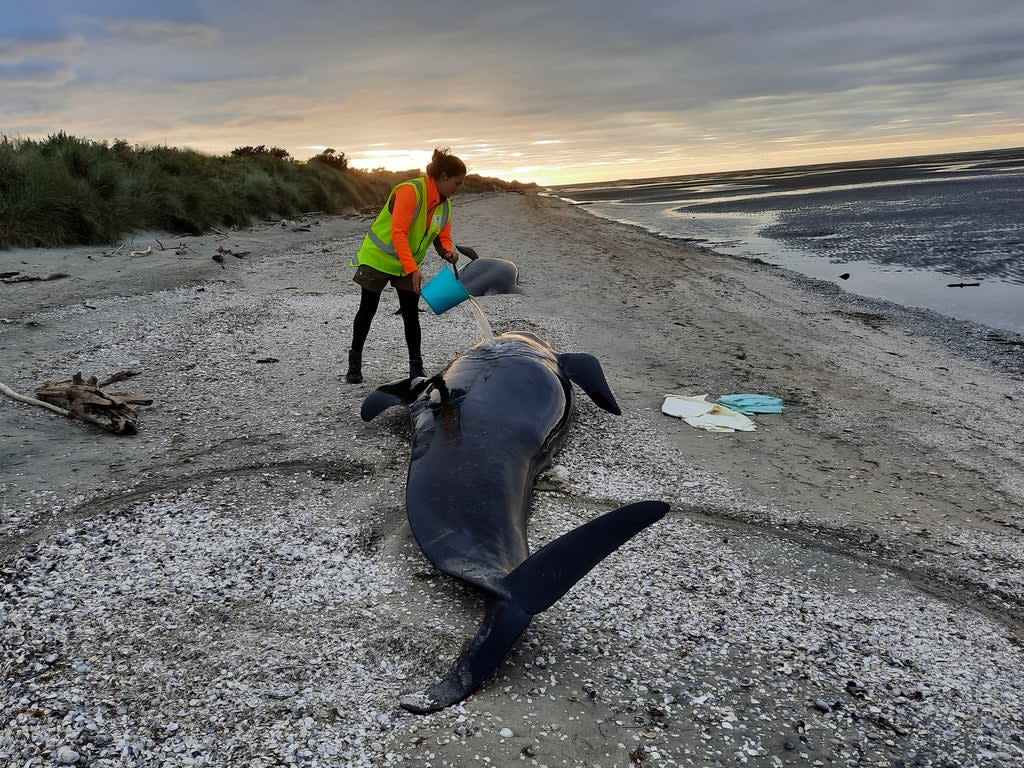 Twenty-nine pilot whales have died on a New Zealand beach after being washed ashore, according to authorities.

The Department of Conservation said a group of mammals was found stranded on Farewell Spit, which is on the northern tip of the South Island.

Medics worked on the five pilot whales that were found alive and were floated back into the ocean later Thursday.

It read: “As heartbreaking as it is, whale strandings are a natural phenomenon. The cause of this stranding is unknown, but Golden Bay is an area of ​​high stranding with Farewell Spit snagged around the north entrance of the bay and forming extensive intertidal sand flats, many kilometers wide.”

Over the years, there have been other stranding events at the site, including hundreds of whales that washed up on its shoreline and were refloated in 2017.

At least three dozen whales died after being stranded on Farewell Spit in 2012.

At least 24 died in 2015 when a pod washed ashore, while conservation workers and volunteers, part of the Project Jonah marine conservation group, doused those left alive with cold water to keep them cool in hot weather.

After workers refloated five pilot whales on Thursday, a freshly stranded whale was found several kilometers away on shore. The official said it was unclear if this whale was one of the group that was refloated. Later, another whale was found dead on shore at the same site.