22 million euros for a year of work: this table shows the salaries of the best German managers 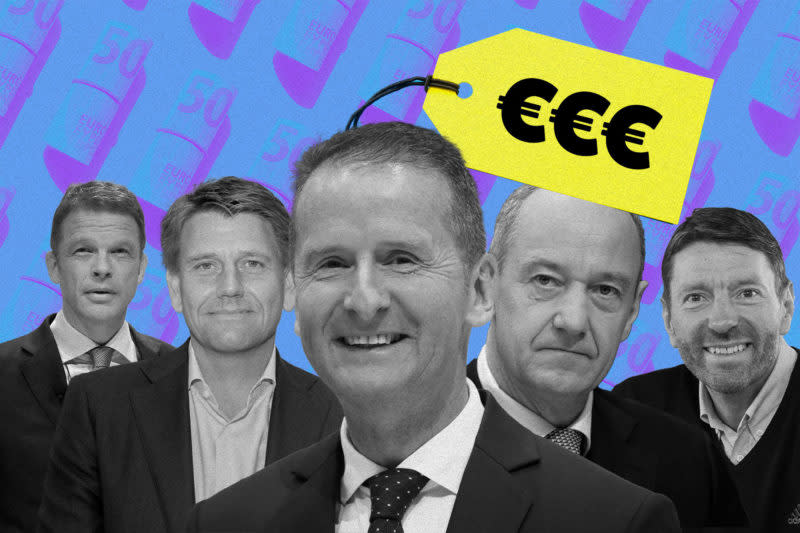 Most German CEOs still can’t afford Cook’s salaries, having to make do with sums in the low seven-figure range. SAP CEO Christian Klein, for example, earned around 5.9 million euros in 2021, according to the company’s compensation report. His total is made up of his base salary of 1.2 million euros and bonuses and variable remuneration of 4.7 million euros.

As large as the sum may seem at first glance, it seems small compared to the earnings of other German CEOs. After all, Klein runs the most valuable company in Germany, which by his own admission employs 105,000 people and generated sales of around €27.8 billion in 2021.

Oliver Steil is also CEO of a German software company. Since 2018 he has been leading the company MDAX Teamviewer, which was founded in 2005. With the app of the same name, IT staff can, for example, switch to other employees’ computers and thus solve technical problems.

This is due in part to bonuses that are paid to you if you meet or exceed certain goals. However, most of his compensation is related to stock transfers that Teamviewer did not make. These transfers are said to come from the former owner Permira, who, like CFO Stefan Gaiser, participated in the value increases of the company through the initial public offering in September 2019, writes the portal “Finanznachrichten.de “. Steil’s base salary in 2020, for example, was just €900,000.

But other CEOs don’t seem to be doing too bad either. Herbert Diess, the chief executive officer of VW, earned almost 10 million euros in 2021, the head of Siemens, Roland Busch, reached almost 7 million and the chief executive officer of Deutsche Bank, Christian Sewing, accounted for 8.8 million euros. So they should not have a low standard of living. Even if the salary is still far behind Tim Cook’s.

- Advertisement -
Share
Facebook
Twitter
Pinterest
WhatsApp
Previous article🎓 New job at Quincys Meet him
Next articleUp to €25,000 profit on a small car: why experts still advise most investors not to invest in classic cars