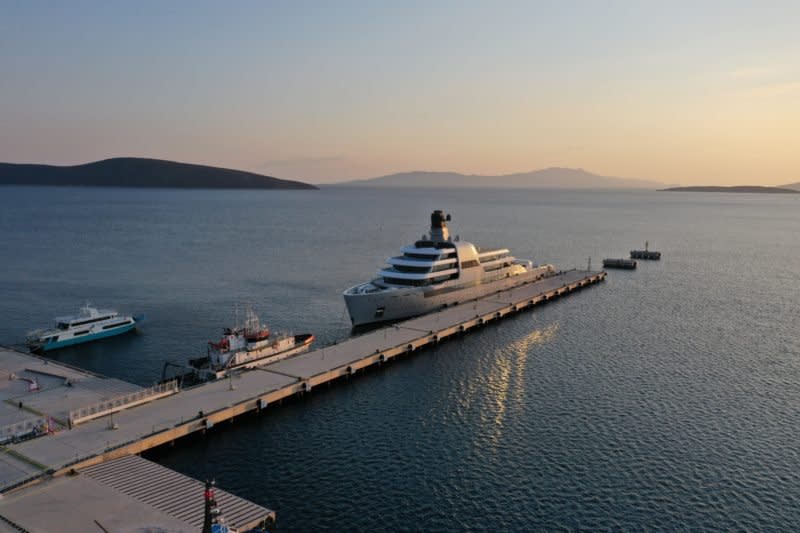 Two superyachts owned by sanctioned Russian billionaire Roman Abramovich have docked in Turkey, ship tracking data now shows. For weeks there had been speculation about the fate of the ships.

One of them is the $700 million Eclipse luxury superyacht, which arrived in the southwestern Turkish resort of Marmaris on Tuesday after rounding the Greek island of Crete, according to tracking website Marine Traffic. .

According to tracking data, the approximately 162-meter-long ship had set sail from St. Martin in the Caribbean in late February and had been on the road for 28 days. She arrived at the port of Marmaris on Tuesday, Marine Traffic said. A day earlier, Abramovich’s $600 million “Solaris” superyacht had docked in the port of Bodrum in southwestern Turkey.

The new port is intended to protect the yacht from confiscation.

The yacht departed from the port of Tivat in Montenegro on March 13, avoiding European destinations on its way to Turkey to avoid EU sanctions.

Ever since the US, UK and EU governments announced sanctions against Russian oligarchs, the movements of their luxury goods such as private jets and yachts have been closely monitored. In recent weeks, some countries have already seized ships in European ports to put pressure on the Russian elite and President Vladimir Putin.

Erdogan called the West an “obstacle”

Bodrum has long been a popular destination for Russian billionaires. However, the Turkish ports could also have been chosen because of Turkey’s attitude towards Russia. The oligarchs may see less risk of their assets being confiscated there.

NATO member Turkey, which has good relations with both Russia and Ukraine, does not want to fight Moscow over its strategic interests, but is also committed to supporting Ukraine and its NATO allies in the event that European security is compromised. see threatened.

“We believe that sanctions will not solve the problem,” Turkish Foreign Minister Mevlut Cavusoglu said during a diplomatic forum in Antalya last Sunday. This was reported by TASS, a Russian state news agency. As Reuters reported, Erdogan had previously described the West as an “obstacle” in the course of Russia’s war of aggression against Ukraine.