16 billion riyals, profits from the first day of the Entrepreneurship Conference in Riyadh 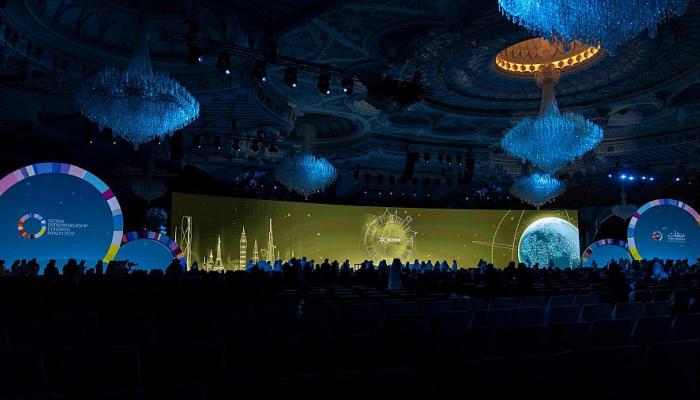 The conclusion of the first day of the Global Entrepreneurship Conference in Riyadh saw the signing of 33 deals and the launch of investment initiatives worth 16 billion riyals ($4.2 billion).

The conference was held under the patronage of Prince Mohammed bin Salman bin Abdulaziz, Crown Prince of Saudi Arabia, Deputy Prime Minister and Minister of Defense, with the aim of supporting entrepreneurship in various fields and enhancing the Kingdom’s position as an environment attractive to pioneers. , innovators and creators from the Middle East and North Africa.

Among the most notable agreements, Saudi Aramco signed 10 memorandums of cooperation and two agreements with local and international companies in the areas of digital transformation, information technology and national development, while the Social Development Bank signed agreements with various entities represented by the Royal Commission. in Yanbu and the National Institute of Entrepreneurship.

The launch of a series of products and initiatives to support and empower entrepreneurs was also announced with more than 11 billion riyals (approximately $3 billion), while the Saudi Venture Investment Company (SVC) signed agreements with a series of funds. with a total value of 2.4 billion riyals (over $656 million), while SABIC launched the Nusaned “2” Fund with Al-Ahly Financial Company worth 750 million riyals (200 million dollars) to support start-ups and develop the industrial sector.

The Social Development Bank participated in the conference organized by the General Authority for Small and Medium Enterprises “Monsha’at” in cooperation with the Global Entrepreneurship Network GEN under the slogan “Re-Innovate-Renew” during the period from 27 to March 30, 2022.

Speaking on the first day of the conference, the Bank announced the allocation of 11 billion riyals to finance entrepreneurs in the Kingdom over the next three years, to continue its efforts to empower Saudi youth and promote national development. integral.