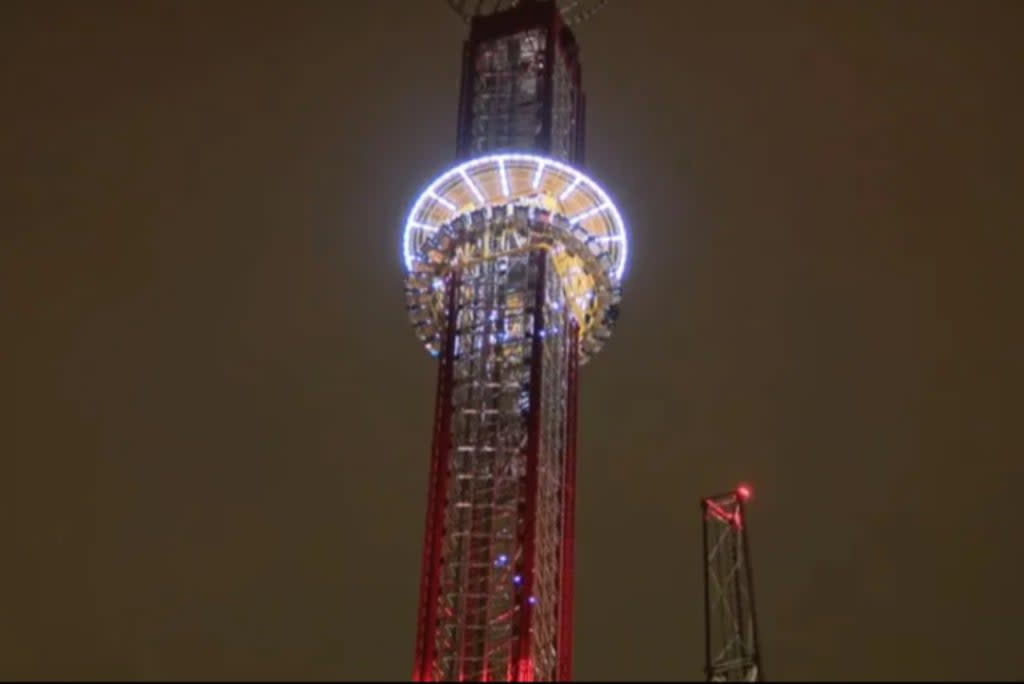 The father of a teenager who died after jumping from a Florida theme park said his son realized his harness was not secure as soon as the ride began.

Tire Sampson, 14, was taken to hospital where he died after falling from the Orlando Free Fall, a 430-foot structure dubbed the world’s tallest freestanding drop tower.

His father, Yarnell, has now suggested that the teenager became visibly distressed as soon as the journey began.

“When the ride took off, that’s when he felt uncomfortable. He was like ‘this thing is moving’, you know what I’m saying. And he was like ‘what’s going on?’ Sampson told WOFL-TV.

He said Tire began to panic and told his friends to tell his parents he loved them if he didn’t make it out of the trip safely.

“That’s when he started freaking out. And he was explaining to his friends, next to him, ‘I don’t know, man, if I don’t get it, safely, can you tell my mom and dad that I love you,’ Sampson said.

“For him to say something like that, he must have felt something.”

Tyre, a student athlete who was 6-foot-5 and weighed 340 pounds, was allowed to participate in Free Fall despite other attractions in the park refusing to let him in.

“This particular ride decided, ‘Yeah, we can take you, hop on,’ when no one else would let him ride games,” Sampson said.

The Free Fall ride opened on December 28 last year. The 430-foot-tall structure takes people 40 stories into the Orlando sky, after a brief pause riders then take a white-knuckle free fall at 75 mph.