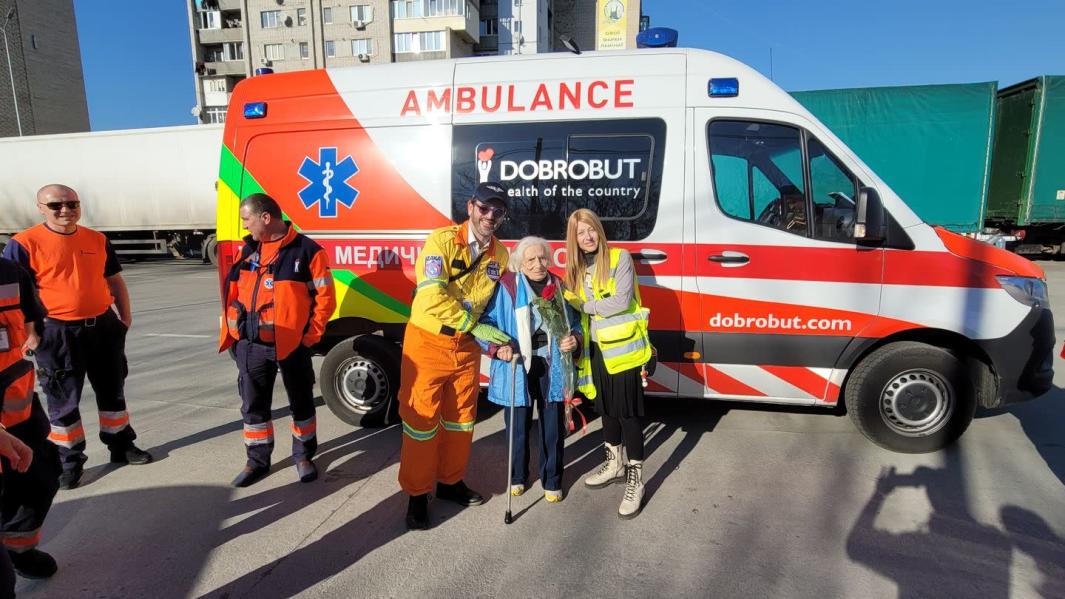 Tel Aviv/Kyiv (dpa) – According to Israeli information, a 100-year-old Holocaust survivor has been rescued from the Ukrainian capital of kyiv. The action was organized by the Israeli rescue service Zaka, as confirmed by a spokesman for the organization.

The woman, named Doba Huberhryz, is now in Moldova and will be taken to Israel in an ambulance. Nachman Dickstein, deputy director of Zaka Ukraine, described the operation in an interview with broadcaster 103FM as an “absolute spike”. He received a call from Israel in the middle of the night: “Nachman, you have to get them out.” As a result, Zaka’s employees, together with other helpers, organized an ambulance that took the woman from kyiv to Moldova.

Dickstein, who picked her up at the border, said: “In two hours she packed 100 years of her life into a single suitcase.” Huberhryz was born on October 3, 1921 in Orikhiw in the Zaporizhia region. During World War II she fled from Ukraine to Tashkent, after which the family returned to kyiv. The fact that the war breaks out again is particularly bad for the single woman.

When he told her on his arrival in Moldova that he could now sleep in peace without warning sirens, there were tears of relief in his eyes. He couldn’t imagine returning to his homeland. “She just wants to come to Israel now.”